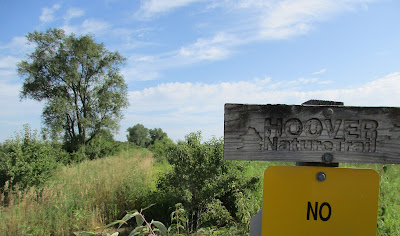 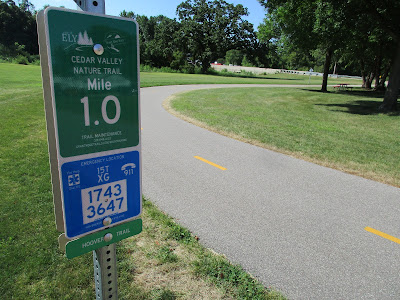 It can't be hiked.  That is, where there are trail signs there is trail that has not been maintained this Millennium.  Example: here's a wonderful, peaceful rest area with working privy, resting in peace. 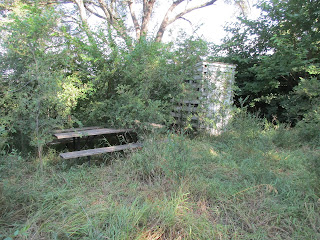 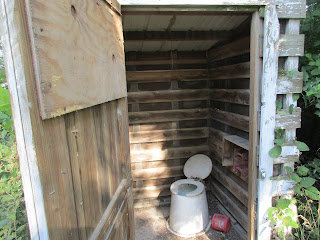 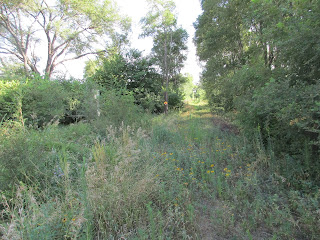 What I can't really show is where there is supposed to be trail but there's nothing but impenetrable tangles of weeds and fallen trees that are said to be open trail, but aren't even used by wildlife.  Twice I had to bail out and hike an adjacent soybean field in the middle of nowhere, hoping not to lose the route and hoping that the farmer/owner was elsewhere with his shotgun.

Then there are the parts that are fresh, new high-end concrete bike trail, with visitor centers and bike repair stations, loved by two wheeled denizens and two legged hikers of many sorts. 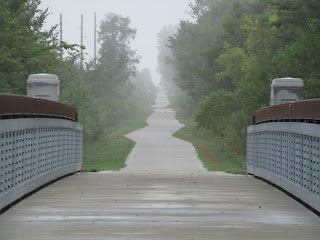 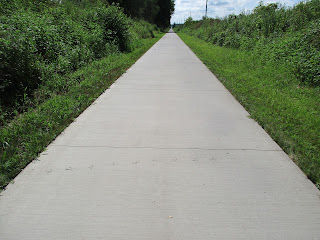 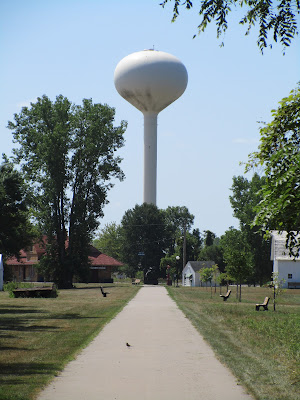 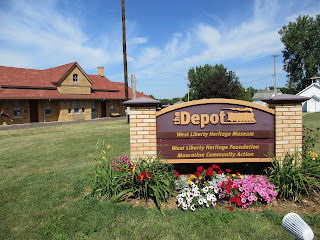 One part is under construction, with promise of greatness. 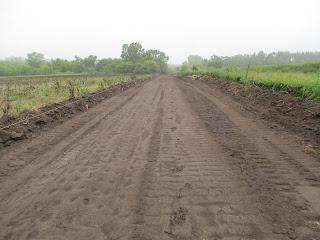 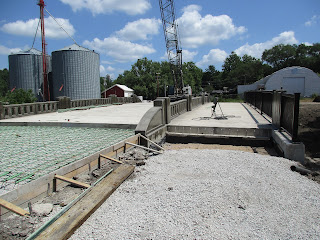 There are some parts that split the difference--passable, quaint, very rural. 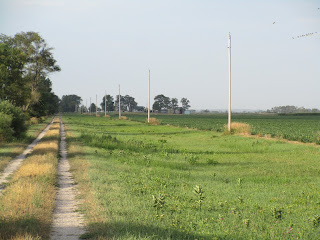 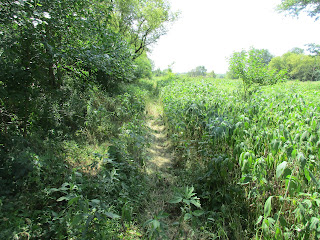 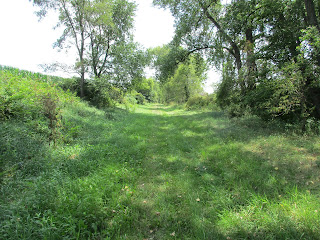 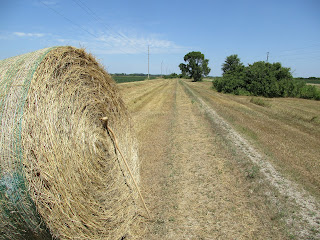 Amazing variety, really.  Then there are the parts that never existed.  The parts you have to walk roads. 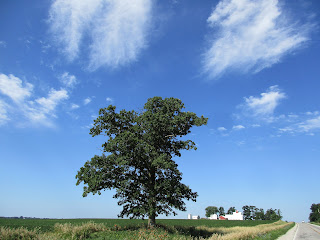 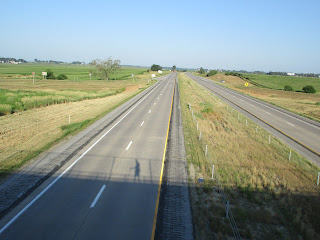 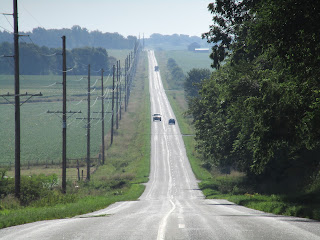 The trail is named for the 31st president, Herbert, who presided over the crash of '29, the greatest economic swing in this country's history.  From great to nearly intolerable in such a short span of his four year presidency.  I suppose that justifies what I found on his trail.  It does pass by the Presidential Library and birthplace in West Branch, Iowa.  Fittingly, the trail isn't finished through that National Park unit.

Okay, well, let's just end this Jekyll-Hyde report with my favorite part of this five days of Hoovering.  A cool, vaulted canopy of black locust near Ely, Iowa, on a hot afternoon: 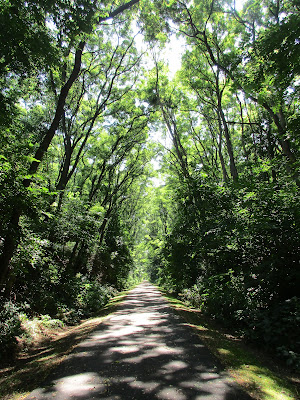 Here are the five GPS track maps for this Trail-that-Hoovers: 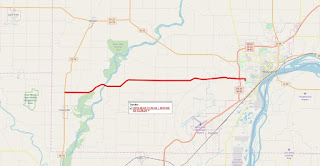 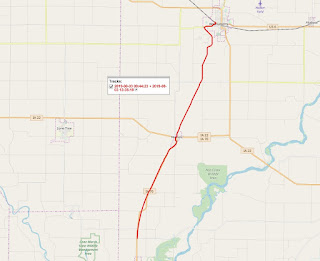 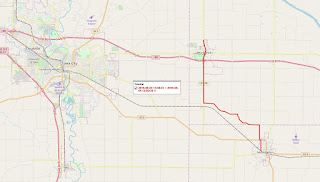 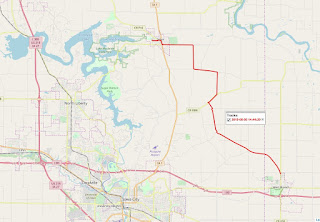 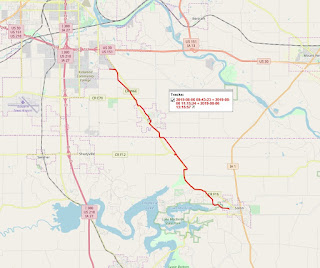