Hiking the Oldest Nationally designated trail in the USA

The Ala Kahakai National Historic Trail is among the newest additions to the National Trails System (legislation passed November 13, 2000), yet as a trail it is centuries older than any of the other trails in the system.

These surf-smoothed paving stones were probably set in place long before Columbus reached the New World. 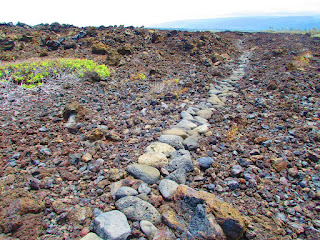 They say the name means "Trail by the Shoreline".  In places it is called the Fisherman's Trail, and its symbol is the ancient native (usually bone) fishhook.

The trail is 175 miles long, covering the entire western shore of the Big Island and the greater part of its southeastern coastline.  It is Hawaii's major contribution to the National Trails System and therefore the state's designated "Heart of" segment of the nationwide Fifty Trail. 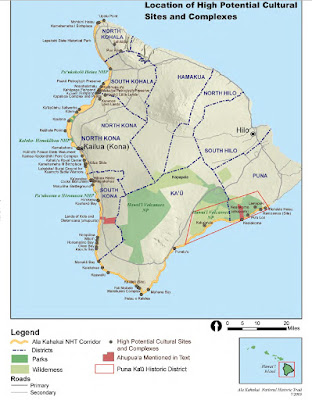 It crosses government land, private land, and Traditional Homeland property.  The reaction of the descendants of the trail builders themselves--the original stewards of the land--is a puzzle I'm working hard to unravel as I consider living here.  And it's way too complicated to go into in this post.  But a comprehensive trail planning document says that the Department of Hawaiian Home Lands, who administers 200,000+ acres, and redistributes some of these lands to people of at least 50% native blood, is "in general, not supportive of public access" to these ancient trails.  Yet in my experience these homeland tracts are among the most abused lands, often riddled with a maze of ad-hoc jeep tracks.  See my previous report on the Green Sand Beach and South Point for one example.

Anyhow, this report covers the least problematic part of the trail, and its current epicenter, about seven miles in length, which is well-blazed and open for business. 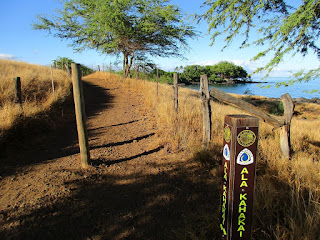 Many more pieces of the trail are open for hiking, and I've already reported on a bunch of those.  But here we have trail that has uniform signs at every turn and access point.  Not only is it a Nationally recognized trail, but it is part of the State of Hawaii's official trail system called 'Na Ala Hele' (meaning simply walking paths).  That's their symbol at the top of the sign.

This part of the trail passes in front of two major ultra-luxury resorts, the Mauna Kea Beach Hotel, and the Westin Hapuna Beach Resort.

Here's the Mauna Kea and its beach. 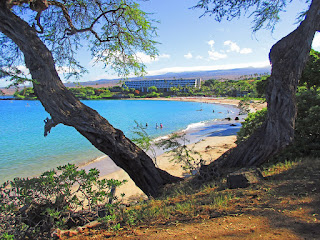 Hapuna Beach regularly shows up on lists of the world's best beaches. 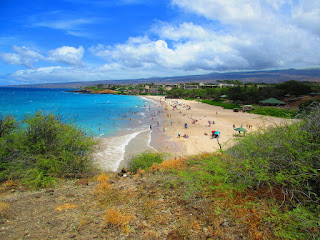 Yet there are sections with wonderful solitude, such as the little beach shown in the headline photo above, south of Spencer County Beach, and undeveloped Mau'umae Beach, shown below. 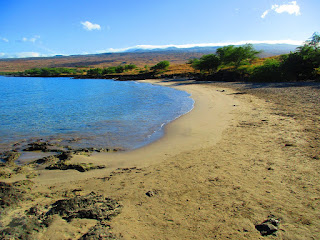 Along the way there is opportunity to visit with native and non-native wildlife.  This is the 'iole manakuke, Hawaii's answer to the squirrel, though this is no native.  It's a badly invasive mongoose from Asia. 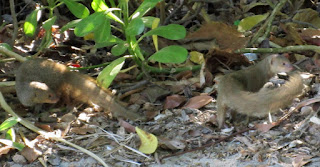 At Hapuna Beach they have a gaggle of resident nenes. 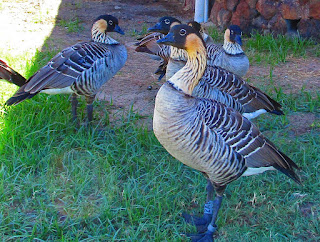 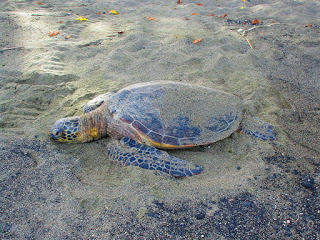 The historic trail lives up to its name, passing sacred sites such as the Pu'ukohola Heiau National Historic Landmark where Kamehameha I consolidated his power. 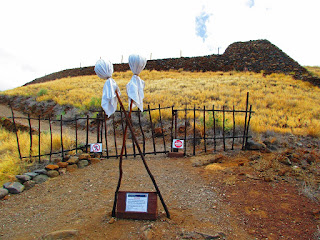 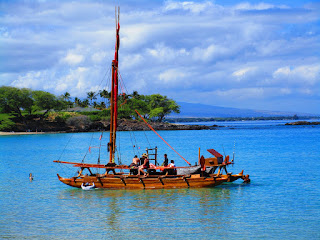 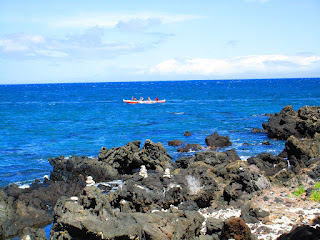 The coral stone cairns are most likely the work of tourists. 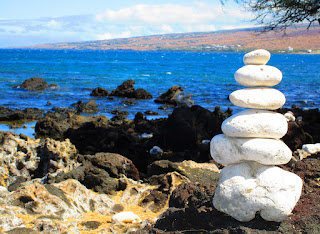 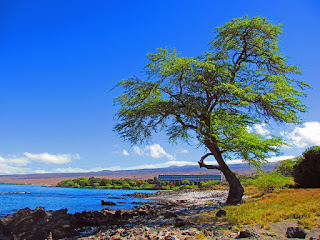 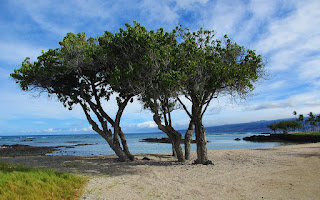 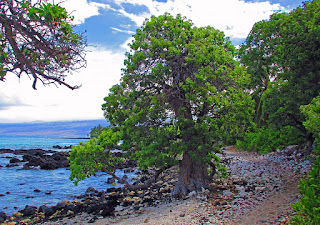 This last one is an import from Madagascar - the Royal Poinciana 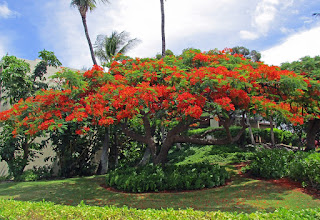 Here's an interactive map of the parts of the Ala Kahakai Trail that I've hiked that are part of this core section in South Kohala and adjacent North Kona districts.

You can zoom in as closely as you wish to have a look at the amazing variety of beaches, resorts, sea cliffs, historic landmarks, and miscellaneous stuff to be seen along this amazing trail.

The two southern legs of trail shown on the map were covered in an earlier post.  As of the date of this publication there were more miles of trail continuing south from there that I intended to hike.  They'll show up on the above map after I've done them.

All of it adds up to, in my estimation, a true bucket list trail destination.  Hope you can get out here and see for yourself.
Posted by PJ Wetzel at 7:39 PM