Canada's Northwest Territories in the Dead of Winter


Driving into -25 degree cold, deliberately?  For fun?  Yep.  That was the plan.  This was my version of "Into the Wild" - taken 23 years before Chris McCandless's heroic/tragic Alaska adventure.  This is not a post about a hike - sorry.  I was a different person, back then, but I already had that appetite for wild places.


As with most dreamy-eyed teenagers I had, for years, felt the need of adventure deep in my bones.  I had always hated cities or developed, industrialized, polluted places of any kind.  My ideal exotic destination was anywhere far enough north and west to be beyond the reach of civilization.  As it turned out, I didn't quite get that far, as Chris McCandleless did when he ventured out on Alaska's Stampede Trail, never to return.  But going in mid-winter meant that this trip would hand me all the challenge and risk I wanted and more.

I had owned my first car less than a year - a 1962 VW beetle - a vehicle with a notoriously bad heating system.  Here's me with the car the following summer, back in Canada again--a shot taken on my next epic road trip.  Notice the three-Eskimos Northwest Territories 1970 Centennial patch/sticker (same design as the centennial coin shown below). 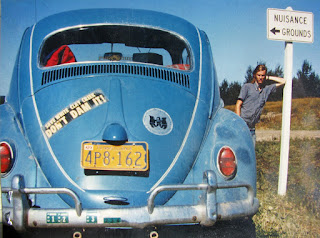 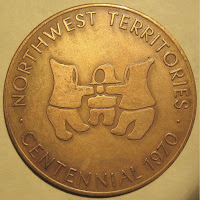 I was getting seriously into photography, so I would document the trip using my hand-me-down camera -- Dad's old 1930's vintage Argus 35mm unit with gradations of smoked glass beside the view-finder for a light meter.  That's the camera slung around my neck in the photo above.  Here's a better look.  (I had bought a 'modern' battery-operated electric light meter.) 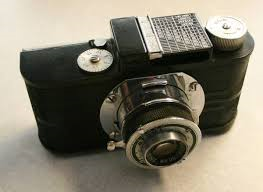 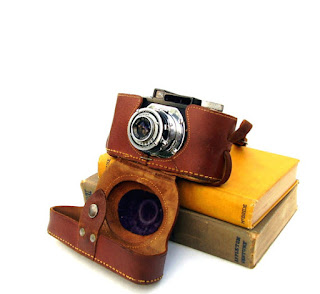 Despite being in college, I found the time--three weeks during Christmas break.  And finally, I had a roommate willing to share the crazy adventure.  Here's the only photo I have of Bob 'Bro' Klebacha, relaxing/studying in our dorm room at Penn State--a room with a killer view that I will show as the very last photo of this four-post series. 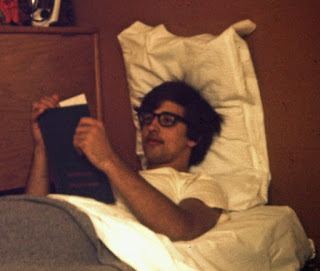 Beyond taking photos I also recorded the whole adventure on paper in my journal, and I'm including all of those entries here.  Along the way I'll supplement the sometimes sparse text with some of my more vivid memories.

Preparations were made.  I had purchased a catalytic converter kerosene heater, built a 'fireproof' stand for it and placed it in the back seat of the VW for when it really got cold.  (Sound crazy?  Well, all I can say is I live to tell the tale.)  My final exams were over.  The day had come.  While most kids were heading home for the Holidays, Bro and I turned our eyes toward the realms 'from whence the winter winds cometh, and were off. 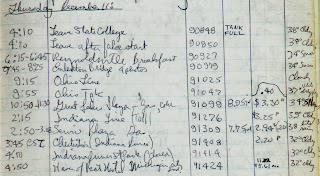 Just look at those prices.  $3.00 for a tank full of gas.  $11.22 for the motel room.  I monitored the weather scrupulously.  Nothing freezing yet.  Here's my somewhat sparse written account.

We drove west from State College, stopping only briefly for breakfast at Bob's home in Reynoldsville, near Dubois, PA.  Our first tour stop was the newly built Emlenton Bridge--an engineering marvel spanning high over the Allegheny River.  Bob knew that we could get up under the bridge where there was a service catwalk.  That's him (yellow arrow) peeking around the upright. 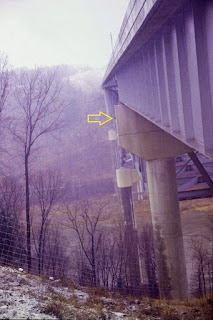 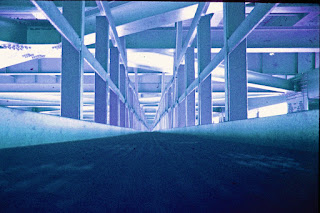 We crawled around there like monkeys for a little while then headed on.  Little did I know that I'd return to hike the then-nonexistent North Country Trail under the same bridge nearly fifty years later.


Late in the day we arrived at Indiana Dunes National Lakeshore. 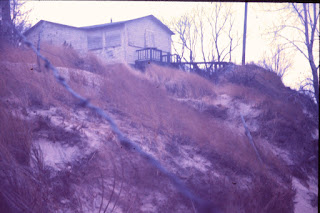 We took a room in the 'Haven of Rest' motel.  It doesn't appear to exist any longer, but vintage postcards of it are for sale on the internet.  (Isn't the web an amazing thing?)

We left before dawn and arrived at our motel in St. Cloud, MN after dark. 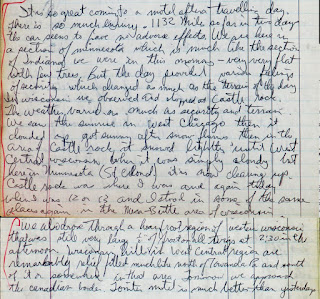 Our one scenic  stop was in Wisconsin's 'driftless' area, never affected by the glaciers, as I have just recently learned as I hiked the Ice Age Trail.  Here there are rock formations reminiscent of out west.  This is Castle Rock. 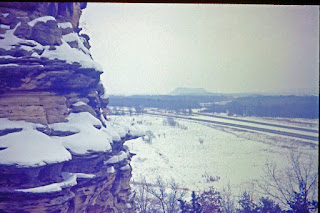 This is a place I remembered visiting as a kid of 12 with my Dad and brother on another of my epic trips - our canoe trip around Boundary Waters and Quetico Parks in northern Minnesota and adjacent western Ontario.

At St. Cloud I shot this 'artsy' view of our virtually empty motel's neon lights. 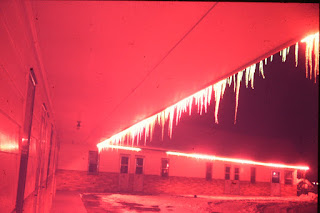 Next report - Into Canada.  Stay tuned.
Posted by PJ Wetzel at 9:18 AM