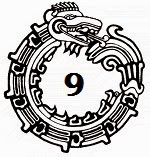 Heavy with breath from her run, Evvie burst into the hut of clan BrownEarth.  Scents of wood smoke, steaming broth, mildew, chamber pot, and human pheromones filled her nostrils.  She could smell Adam.  Every clan had its distinctive odor.  Their withered old matriarch Grandma Alie, nothing but frizzled gray hair, bone, and drooping skin, sat on a mat in her position of authority across the hearth from the door boards wearing a tattered brown roughspun and a dingy, stained apron.  Her youngest grandchild and namesake, Little Alie, must have been asleep on her lap.  Evvie’s entrance had disturbed the child.  She was screaming.

“Evelyn TreatSoil, where are your manners?” the Elder Alie admonished.

“Revelstoke?” Alie’s eyes shifted, seeming to survey the other children to see which of them were paying attention.  It must be a forbidden name—a source of evil.  Kirscht and Lilie were distracted by a game of dominoes.  Little Fawn was asleep, nestled beside her mother Jo, who was sewing a pair of Abe’s breeches.  But Adam’s kid brother, twelve-Return-old Pro, had his eyes riveted.  Evvie met them and continued.

“She called him Nuncio.  He’s taking her to Chicxulub.”

“Then we must chase him!” Prometheus sprang to his feet.

“Prudence,” Alie raised a skeleton arm. “Evvie speaks truly, because this name was known only to me.  His sin is travel; no boy of twelve would stand a …”

“He asked that we chase him,” Evvie interrupted, “all of us.  Yet his sleds are drawn by shackled animals—his sin compounded.  They look to be much faster than a fit man … Even Adam … and it might be a trap.”

“The endless snows are trap enough,” Alie shook her head slowly, tugged at a few thin whiskers straggling from her chin, clearly considering the options. “Man-choice and eldest son should be sent if any.  Haste with caution.  The men will be hot for retribution, as Prometheus demonstrates …”

“How would they pursue him without food for the journey?” Josanda asked.

“He slaughters a beast at need as he goes,” Evvie explained. “There are six alive and one carcass.”

“The man knows his business and we do not.”  Alie straightened her back.  She had come to a decision.  “Prometheus, can you run the tunnels tonight without sleep?  Bring back the men.  While this is done I will decide our course.”

“I will run like the wind, Grandma,” the boy announced, gathering his clothing.

“I will come with you,” Evvie said.  Adam was her choice.  She had to make sure he didn’t go chasing off to his doom.  Let Siephus and Pro die in the snow.  Then Adam would be the clan’s Headman.

Old Aleona gazed at her, and Evvie could see the shrewd thoughts spinning in that skull.  There was a hint of suspicion, then it faded.  She simply gave her the slightest of nods and then turned toward Pro.  “I do not think you will be losing her even if you tried, boy.  North tunnel, your Grandpa’s middle branch, they said—you’ve apprenticed there many times—go with the Gods.”


Darkenss, cavern stillness, pre-dawn calm was in the Scavenger’s gallery when Evvie arrived with Pro close at her heels.  This dawn would bring the day of Fulfilled Healing from the Spirits of Awakening—the patron Gods of new Ages, new species, new beginnings.

Evvie was no scrupulous practitioner of the faith.  She did not rely on the Prayer Cycles to guide her actions as many did, but she couldn’t help feeling that this day of fulfillment and awakening would an especially favorable day to seal her bond with Adam—to take his seed, to conceive.

The child would be born after she came of age.  If Adam was the father, she knew that his sense of honor would seal him to her.  The prospect was both exciting and nearly unbearable, rooted in a hollowness—a desperate aching—deep and low inside her abdomen.  An Order had passed since her last flow—the accursed flow—and her hormones were wild in her blood.

“Adam,” she called as her headlamp revealed the widening space as the tunnel bore to the right, just as Pro had described it.  “Adam … wake up.”

“Father, we bring news,” Pro’s cracking voice echoed from behind her.

Headlamps came on and bodies began to stir from under their furs, and that’s when Evvie saw them—three sleds piled with steaming animal flesh, filling the space with a complex scent that raised drool in her mouth.

The two voices, Abe’s and Adam’s, spoke together, interrupting each other.

“Adam … it’s your mother. Tell them Pro …” As blood kin, it was Pro’s prerogative to break the news, but the boy seemed to be choking on his words as he, too, spied the mounds of meat.  Evvie homed in on the massive liver, digging in to the still-warm core of it with bare hands and ripping out a gob, dripping with blood.  Oh, how heavenly was the taste!

“Mother’s been stolen away by the Nuncio named Revelstoke,” the boy finally said.  “He’s taking her to Chicxulub on a sled pulled by shackled beasts.  We have to chase him and bring her back. … What is this meat?”

“A Godsend is what it is,” Evvie remarked through a dripping mouthful.  “Try some, Pro.”

The Scavengers still seemed groggy, almost torpid.  Evvie guessed that they had been up late feasting; a full belly resents being disturbed.  But a full belly also feeds the body’s other appetites.  Adam would … she reached for a third oversized mouthful of liver then knelt down beside her man and his defective sister, watching a puff of steamy air escape from beneath her settling cloak, carrying the scent of her womanhood, wafting toward his nose.

“I saw it with my own eyes.  He is a huge well-fed man,” she added.  “He lifted Trilly as you would a stick—swept her away.  Adam, your mother is gone.”

She saw confusion in Adam’s eyes … no, it was pain she saw, and traces of fury.  His head was being bombarded by that curse of his.  Arise, my King.

“Father, come,” Prometheus was tugging at the patriarch’s arm even as Evvie pulled at Adam’s. “Give the order and I will lash the sleds, ready them for the trip home.  Grandma calls us.”

“Do the Gods never give without taking?” Siephus finally roused himself and stood, his mountainous black beard bristling.  “To answer you, Adam killed this beast. There is some madness to the plans of Heaven, for here is the provision we need to chase this man.  Revelstoke, you say?”

“He called himself that,” Evvie nodded as she stood again and helped Adam to his feet.  The cripple had her good arm on his waist and seemed to be trying to hold him down.  She was growling like an animal.  “Ms. Trilly knows him.”

“She does indeed,” Siephus nodded. “Pro, secure all the sleds.  Help Lissa onto Adam’s while we retrieve our tools and effects.  We return home a day early, nay, we fly home taking no rest.”  He turned toward a tunnel entrance that must be his, making his way more by feel than by sight.  The rumors were true.  The old man was blind.

“E, tell me everything you saw,” Adam said, pulling on a wool cloak and turning toward another tunnel.  She loved when he used that nickname.  It was his invention.  And he was inviting her to come with him into his tunnel.  Perfect.

“He accosted me up top.  I was hauling snow to be dumped.  He tied me to my sled and demanded to know where your mother was.”  The tunnel was low and narrow.  Quickly she had to drop to hands and knees and follow him.

“And you told him?” His voice was echoing in the narrow space, its tone muffled by his body.  She couldn’t read the emotions that came with the question.  But she guessed them.

“He looked like he would beat me … or worse.”

They moved forward in silence for a moment.

“What did he say?” Adam finally asked. “Tell me exactly.  Did he say the words ‘Air-bella’?”

“Those Sûl-taken stinking phantoms!”  Adam cried, and the sound of his voice thundered beneath the ice.

“Father is right.  There is madness in their scheming.  Some new influence among them is goading me to arise and … and I’m not going to play your game, do you hear me!”

Don’t play their game.  Stay with me.  Let me give you my strength.”  With his outburst, Adam had stopped crawling.  Evvie pulled herself close beside him.

“Let your father chase him, Adam.  Let Pro or Abe …” She encircled him with her arms.  Her heart was throbbing.  She brought her lips to his ear, lowered her voice to a whisper. “Your Grandma needs you strong.  Abe limps, your father gropes.  It falls on you to carry the trade-name.”

“Curse them … you’re right.  That is all I ask of life—simple service to my village … to be normal.  Hear me, Spirit of darkness: I am no puppet.  Never again.  The Citadel cured me of that insanity.”

This was the moment.  “Cure me of mine, Adam.  Do not let me suffer another moon-time.  I could not endure it.  Each one is more torment than the last.  Pray fill me with your seed.”  She began to raise up her cloak and breechclout.  Her bioluminescent display beamed out.  She was already swollen and wet, for the heat was in her.

“E …” He straighened his legs and rolled over on her.  His eyes met hers, and the blue in them was as pure as the ice above.  His lips drew close to hers, and she melted.

“Let us help each other, Adam.  Let two become one.”

Evvie turned with a start. It was the defective, spastic in her motions, scraping her way up the tunnel toward them, snarling.