Review of 'Foundation' by Isaac Asimov 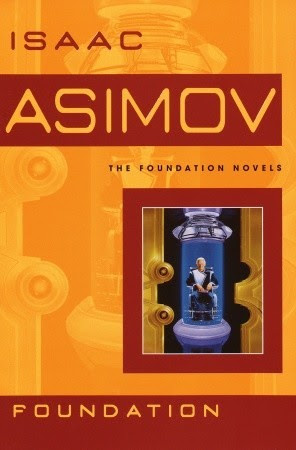 Asimov's 'Foundation' is the book that launched a thousand imitators. Frank Herbert's 'Dune' series is a prime example. Star Trek is a direct descendent. At the time it was written, Asimov's vision of a Galaxy-wide empire was revolutionary, and therefore stunningly brilliant.  It is hard to underestimate the genius it takes to be the first to fully articulate a new idea and hard to appreciate that genius in hindsight, since the idea has so deeply ingrained itself in our culture.

With that said, reading this book from today's perspective, when all the novelty of the concept has completely worn away, I found this book to be unpalatable. Fortunately the Foundation series gets better with each succeeding book, but this first effort isn't even mostly science fiction--it is political fantasy.

I had always thought the title – ‘Foundation’ – referred to the establishment of some lofty and profound underpinnings of a grand intragalactic society.  Wrong.  It’s that other definition of the word: a group of stuffy bureaucrats organized to promote an agenda.  The story consists of one dreary formal 'boardroom-style' meeting after another. In it we are fed much more detail about Asimov's (impossible to swallow) vision of the political workings of society than detail about the wider scope. Action is not shown but discussed in hindsight in the board room. To me that is cowardly and stand-offish. And the writing style exacerbates this impression. It is consistently pompous.

I know I'm swimming against the tide by saying this, but having read five of Asimov's books now, I’ve had enough. On to some other authors.