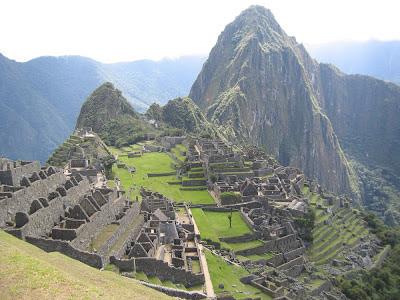 May 31, 2007 is a day I'll remember as long as I have a shred of a brain cell left.  It was the day I beheld this place and fell under its spell.  Machu Picchu, likely a retreat for Inca royalty, was voted in 2007 as one of the New Seven Wonders of the World.  I recommend it as a must-see destination.  What makes it so special to me is that it combines stunning examples of the famous Inca dry-stone masonry with equally stunning natural beauty.  Either alone would be worth the trip.  Here are a few more views: 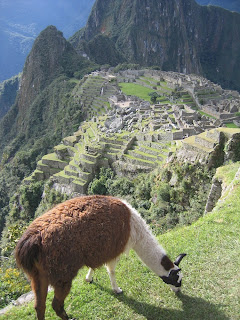 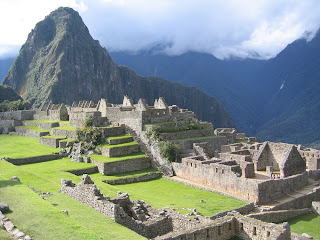 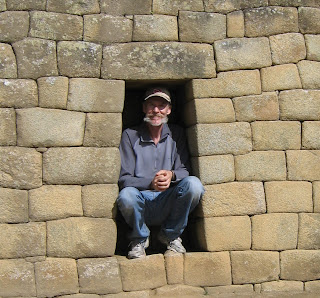 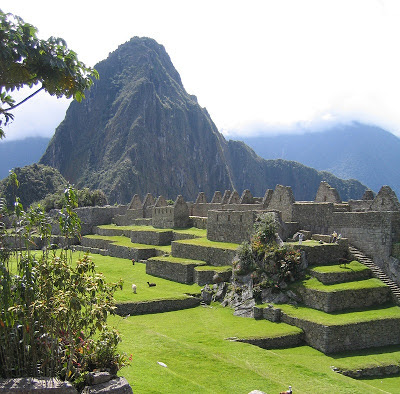 I only spent a day there and chose to wander the grounds without a guide so that I could absorb the special feel of the place in my own way.  What is that special feel?  I guess the best way I can describe it is a sense of gratefulness that an ancient people took the time and energy to glorify this natural setting in a way that did not despoil it but enhanced it.  All that was man made was wrought of natural materials, and all that was built was designed to glorify nature rather than subdue it.  The focal point, the Intihuatana has been described as an astronomical marker but it and other carved stones around Machu Picchu are also scale models--physical representations of the prominent peaks as viewed from the site.  Note in the photo below the low spur on the right top of the carved stone which mirrors the extended spur to the right of Wayna Picchu behind.


The prominent peak in the background in many of the photos above is Wayna Picchu.  There's a trail up this mountain, and they allow 400 people per day to climb it.  It's well worth the hike if you're in decent shape.  Here's a look at the start of this trail, with the precipitous walls of the Urubamba River canyon at right: 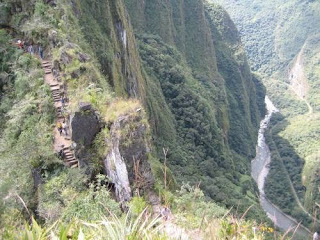 There are many ruins clinging to the upper slopes of Wayna Picchu, and some of the sacred 'scale model' stone shrines as well.  The third of the photos below shows two such stones along with a view down on the main Machu Picchu grounds from high on the mountain.  It gives you an idea of the precarious switch-back bus ride necessary to reach it. 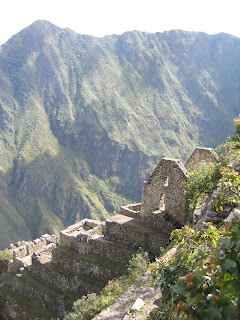 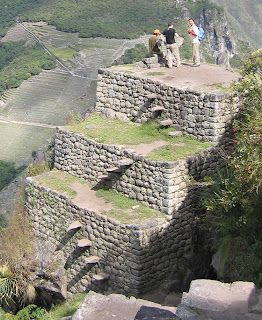 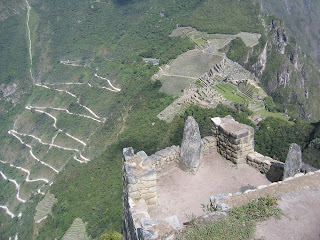 It was a long day.  I came to Machu Picchu by train from Cuzco and returned late that evening.  While in Cuzco I had the opportunity to visit several other Inca sites that feature the dry-stone masonry.  Here's a detail view from one of these sites, called Raqchi. 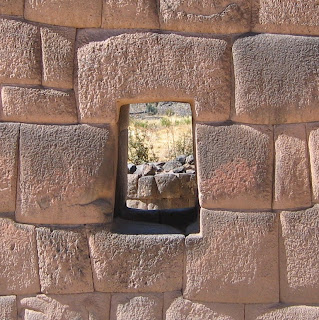 The most impressive example of this stonework that I saw was the expansive walls made of gigantic boulders at Saqsaywaman (gotta love the name - pronounced almost like 'Sexy Woman') which is swarming with people because it's just a few miles from downtown Cuzco: 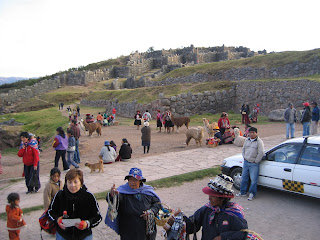 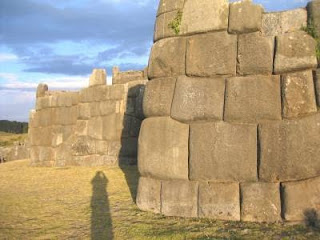 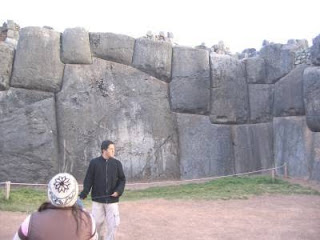 From Cuzco I traveled south to Bolivia by bus, and in Bolivia I had an opportunity to trek one of the lesser used Inca Roads, far from any tourist destination and so untrampled (the famous Inca Road trek to Machu Picchu is today a well-worn path), still perfectly preserved many centuries after it was built.  Here are two photos.  The second is especially impressive to me because it is taken in a tiny village called Takesi which has no electricity and no access by any conventional road--only via the ancient Inca Road, built by a culture that did not have the wheel. 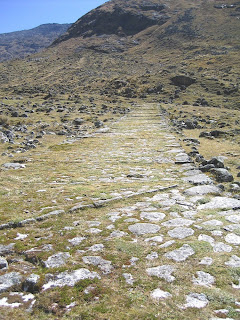 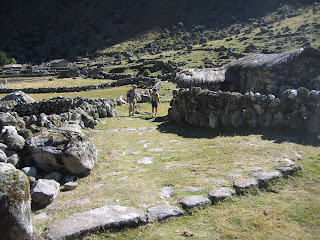 Since 2011 the number of visitors to Machu Picchu has been limited to 2500 per day.  It's one of those fragile places that was being 'loved to death'.  Make your reservations early.
Posted by PJ Wetzel at 12:21 AM