This was the windiest hike I ever did.  Here's a short video clip taken at the waterfall we stopped at along the way, simply called 'Salto Grande', the Big Jump, which pretty well captures the 'atmosphere'.  It was hard to stand.


In the morning it was nearly calm.  Go figure.  That's when I headed out from the motel after breakfast to do a seven mile meander around the south shore of Lake Sarmiento--a lake with no outlet.  It is filled by the rain and snow melt and loses its water entirely by evaporation.  The lake level is gradually dropping so there were some interesting sights along the shore. 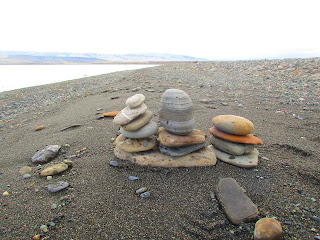 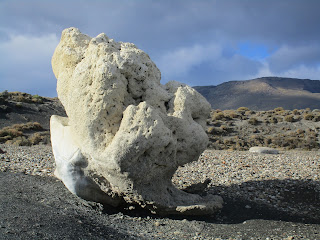 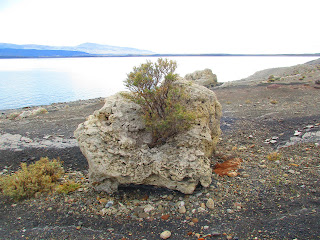 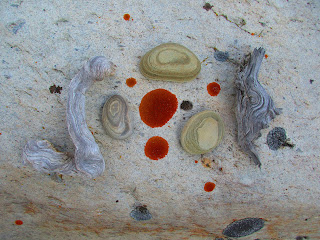 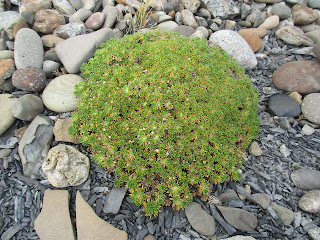 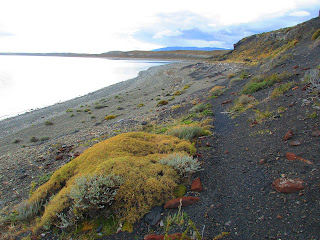 Back at the hotel I captured this shot of the Towers of Paine from my room.  World class view, right from my bed. 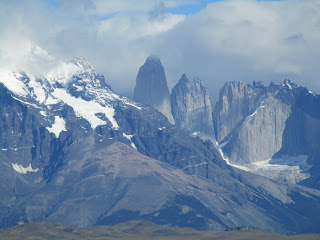 After lunch it was off to the short hike to the Cuernos viewpoint.  This was an hour drive each way, but then just a four mile stroll.  It would have been a walk in the park except for that wind, which was literally picking the water up out of the lake in the background of the photo below and raining it down on us half a mile away. 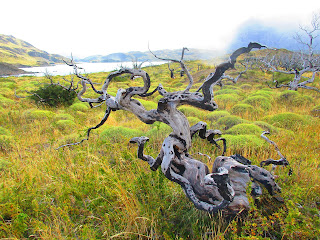 The area had experienced a massive burn in 2011.  Every tree in the park over an area of 40,000 acres, had burned when a camper/tourist decided to put a lighter to his toilet paper rather than bury it.  This one lonely tree on the shore of a lake escaped the carnage. 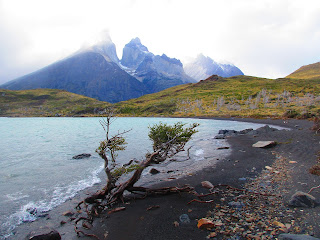 Here's the actual view of the Cuernos from the viewpoint at the end of the trail. 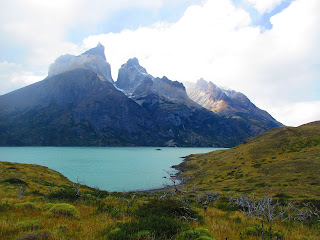 What a relief to be back in the van after the incessant assault on the senses.  Wind is probably the thing about being outdoors that I dislike the most.  Better yet, was the pleasure of my warm bed in my calm room, watching the sunset over Lake Sarmiento with the Towers of Paine in the background. 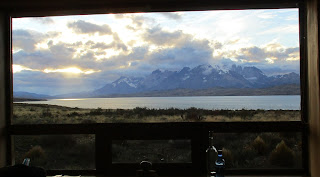 This report has been long delayed because real life has intervened.  My dear mother, age 96 has left us.  In the last report, Part Four, I document the last hike I took before I got the news, and my quick stopover at the 'End of the World.'