Sunrises seemed to come in matched pairs during this seven day period.  The headline shot above came on the second day of the week, and it was sandwiched between two mostly cloudy mornings where the sun didn't make a direct appearance.  Fortunately the sky still held some interest.


The following two days had almost identical appearing sunrises.  I've already posted the one for April 8th.  Here's April 7th's sunrise.  The sky was completely clear except for this scattering of very low cumulus clouds out over the Gulf Stream where the cool air met the warmest of the water. 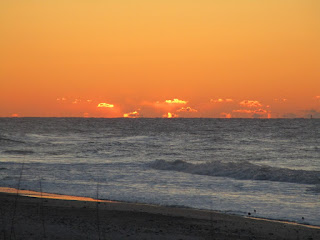 Fortunately there were some other beach oddities to keep my interest on these two days.


Finally, April 9th and 10th featured bright orange sunrises. and for both of them my best shot happened right at the moment of sunrise.  What's more, on both days I was in the vicinity of the New River Inlet channel entrance buoy. 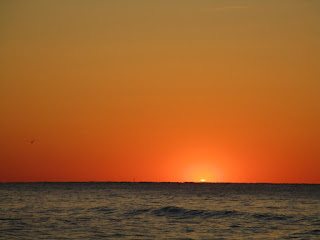 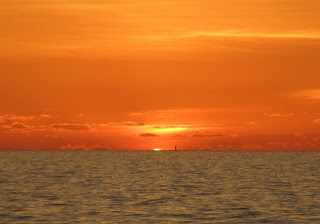 So to provide a distinction between these last two days I grabbed one final shoreline shot, taken in the dawn glow before sunrise on April 9th. 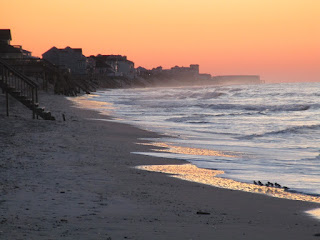