The next hike - plans and the first real footprints

In my youth I used to spend way too much time planning.  My plans were detailed, and were so extensive that there was no way I could execute them all.  I've probably done that again.
I love planning because it's a lot easier than doing.  I love planning hikes because it's armchair hiking--you cover 100 miles with the swish of a highlighter and you've barely raised a sweat.  But is it worthwhile covering a map with thousands of miles of carefully researched lines?

I think not.  At the end of it all you're still sitting there in your armchair, right where you started.  You've gone nowhere.

I had the time though, and so I indulged.  In the hiatus between my winter-spring 2016 hike from the Appalachian Trail in north Georgia to Key West and my intended but not thoroughly researched summer hike westward from the Appalachian Trail in Maryland toward Colorado, I found myself exploring dozens of trails and dozens of options.  I've learned a lot about some new trails and I've radically changed my original plans, which would have taken me on boring roads straight across the plains to Colorado.  Here's the new plan.


It takes me far beyond Colorado - to Alaska and the Arctic Ocean!  On the way I will take advantage of the existing network of trails and stay off roads as much as possible.  I'll do some loops and side trips so that I can accomplish more goals.  The planning was great fun and the hiking routes have me super-stoked.

But ... The Arctic Ocean?  Seriously?  The problem is that it will take about seven summers to do all this.  My life experience tells me I might get 10% of it done before being distracted by something else or starting over and preparing a radically different plan.

With all that planning accomplished it was time to put crocs on the ground.  I've bought an airline ticket and a bunch of maps sheets and guides, and on Tuesday, March 29th I headed out my door and onto the beach in front my Topsail Island condo.  Soon I was passing under Sea View Fishing Pier 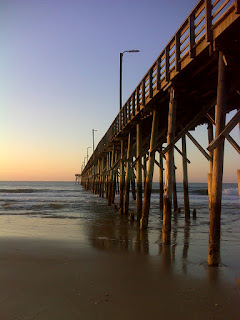 It felt so great to be hiking with a purpose again.  The goal was to get one of my two support vehicles to the Albert Ellis Regional Airport outside Jacksonville, NC.  Rather than hire a taxi or a shuttle service I chose to hike there.  Much of the route is on the Coastal Crescent Trail--the current route of North Carolina's official State-wide trail, the Mountains-to-Sea Trail.

Upon leaving the beach I crossed over the Atlantic Intracoastal Waterway ... 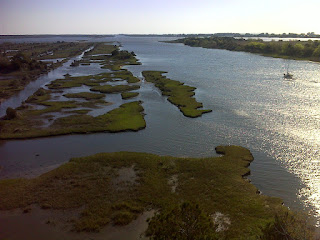 And was soon hiking through Stones Creek Game Land with its lakes ... 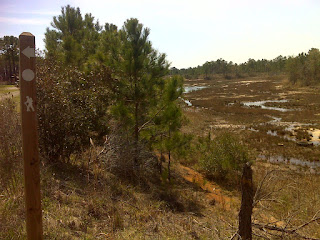 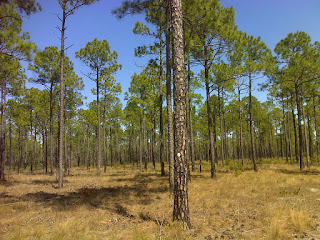 ... and some rare indigenous plants.  The Venus fly traps were preparing to bloom. 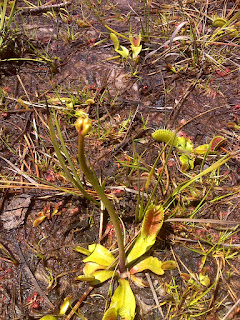 These were the highlights.  The rest of the forty mile hike was on roads.  I got the vehicle parked at the airport the next day.  The next step is to drive my other vehicle up to Maryland and then fly back to get the first one.

In Maryland, I'll be hiking a piece of the Brandywine Trail first.  There's a wonderful network of trails in this part of the country, and they do a pretty decent job of connecting with one another and with the places where I've lived.  Here's the detailed map of the existing trails.


I won't be hiking them all -- not yet.  I'm reserving some of them for the far future, after I get back from the Arctic Ocean.

I'm calling this summer's hike my "Penn State or Bust" hike.  It will take me on parts of the American Discovery Trail, the C&O Canal Tow Path, Ohio's Buckeye Trail, the North Country National Scenic Trail, New York's Finger Lakes Trail, Pennsylvania's Mid-State and Standing Stone Trails and finally a piece of the Tuscarora Trail.  It will culminate on November 7th with the "10K across the Bay" traverse of the Chesapeake Bay Bridge--the only day of the year when I can lay down my footprints on that bridge in order to connect with the American Discovery Trail's route across the Eastern Shore of MD and Delaware.

Spring is bustin' out here, and so is my enthusiasm.  See you on the trail.