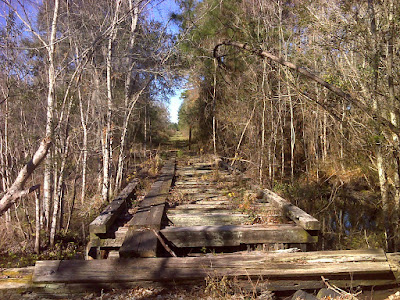 Today's hike got me to the town of Keystone Heights.  Half of it was on the old abandoned railroad bed that is on an undeveloped part of the trail.  Other parts have been spruced up and paved and given secure new footbridges over the various waterways.  Here the hiker has to rely on the old rotting wooden trestles.  The one above felt comfortable enough, but the one below had newly posted signs and a gap in the boards in the middle, yet there was the orange blaze--no bypass indicated--so across I went. 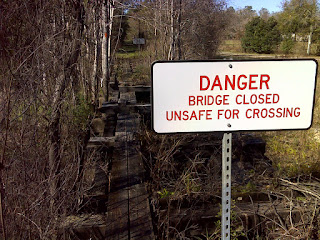 When not on bridges the trail was straight and flat and grassy.  It's not supposed to be used by any motorized vehicles, but the reality is that far more ATVs and even full sized vehicles use it than hikers. 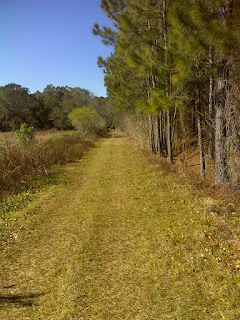 After leaving the railroad bed, the trail passes through this pastoral scene ... 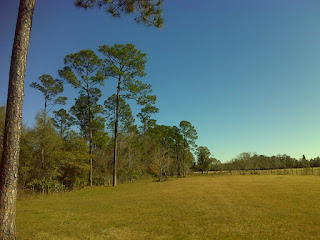 ... then follows a road past Crystal Lake, which is lined with small, neat homes.  I got this glimpse of the lake between houses. 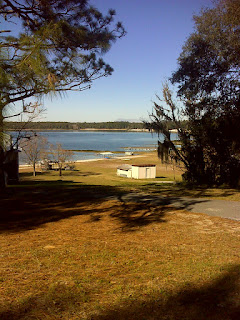 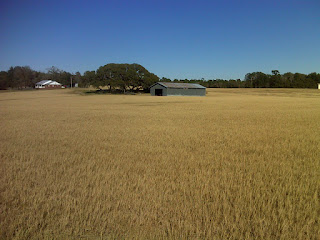 ... and then I reached the north entrance to Camp Blanding National Guard Base.  That was it for today.  Tomorrow I'm back in the woods on some dedicated footpath and will reach a very significant milestone.

What milestone?  The hundredth day of this trek?  Well, that's an interesting coincidence, but it's not the milestone.  The half-way point of the Florida Trail?  No, not that.  I passed that without fanfare a few days ago.  Frankly I forgot to mention it.  There's no sign and it's not mentioned in the guide.  In reality it's hard to define the halfway point because it depends whether you hike the western or eastern corridor around Orlando.  No, this milestone is a landmark, and it is more personal.  You'll just have to wait and read tomorrow's entry.


Here's the track of today's hiking.  I showed all the photos I took here, but they are also linked to from the map.