Around the Top of the World: Days 20 and 21 - Iceland's East Fjords

Here's another installment in the report of my tour around the North from Svalbard to Alaska's Bering Strait.

These two days found me continuing my guided Ring Road tour around Iceland.  On the morning of Day 20 our first stop was the town of Höfn.  It was a clear, calm, misty morning along the east coast.  We parked on the end of a peninsula at the start of a trail simply called the "Nature Trail" (Iceland has a habit of severely over-simplifying its place names in general - for example the name of the largest glacier on the whole continent of Europe is simply called 'Water Glacier').

The "Nature Trail" followed this beautiful coast (where the photo above was shot), but also has appeal if the weather is murky, because arranged along the trail is a miniature correctly-scaled version of our solar system.  The Sun is the size of a beach ball, 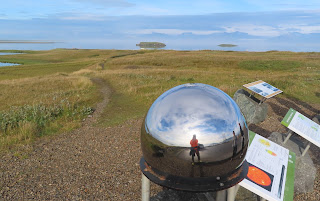 Mercury is the size of the head of a pin, 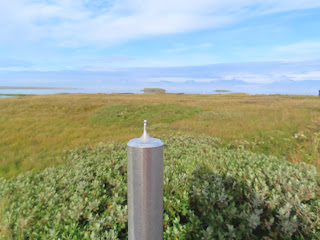 and Neptune stands on its pedestal at the other end of the Trail, 2.8 km away.  Pluto is there too, but apparently the trail doesn't go to it, since it has been downgraded to a 'minor planet'.  The walk is intended to give the visitor the experience of the vastness of our little corner of space. 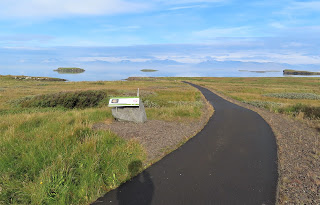 There is a very similar trail in and west of Madison, Wisconsin, that I visited in 2019.  In downtown Madison the trek starts with a 'Sun' the size of a two-story building.  Most people bike the route, which follows the paved 'Southwest Commuter Trail' and then the Military Ridge State Trail.  Pluto is 23 miles away.  I only hiked from the sun to somewhere between Saturn and Neptune before my route took me southward.
The morning mist on the calm sea made everything seem surreal. 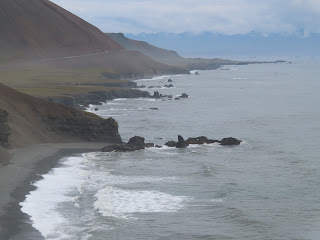 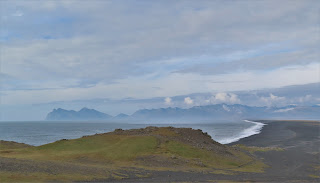 We moved on to visit a number of waterfalls, and the crypto-tourism hot-spot of Lagarfljót - a deep, murky, sixteen-mile-long lake where Iceland's version of the Loch Ness Monster lurks.  I covered the waterfalls in a YouTube video posted here earlier, and the lake monster is featured (along with more interesting stuff) on the Hiking Hermit blog.
In this post I'm going in a different direction. 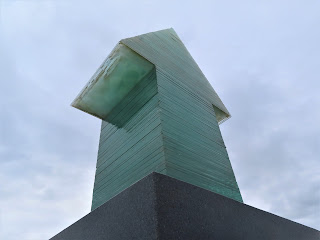 In fact, the rest of the material is all just 'stopping and smelling the flowers' on a tiny patch of tundra on a knoll near the town of Djúpivogur, where that distinctive glass sculpture stands, and where I had the chance to just sit and enjoy an hour of serenity. 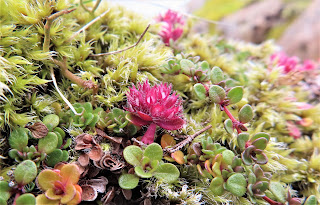 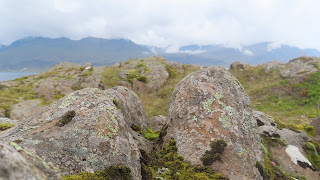 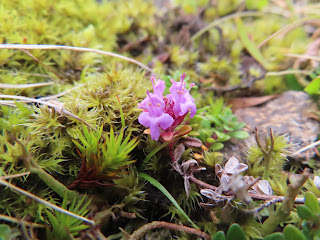 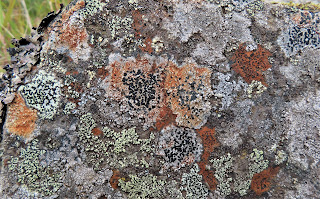 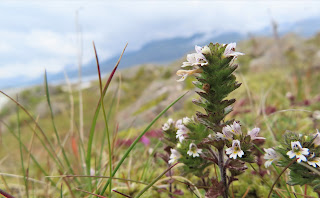 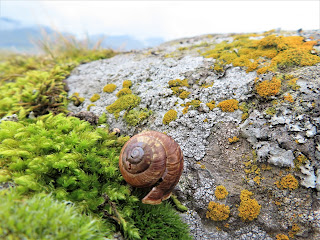