Starting down the Buckeye Trail in the snow 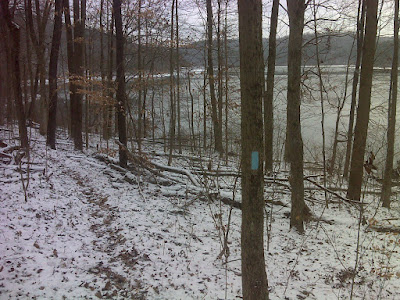 The day I hiked out of Carrollton, Ohio and put my first footprints on Ohio's state-circling 1444 mile Buckeye Trail was the day winter sunk its teeth into Ohio.

Wind chills were in the single digits and the sky was spitting snow on and off.

The next day brought more of the same.  Temperatures struggled to reach the mid 20's in the afternoon.  The third day the wind let up, but there was more snow, on and off all day.  About an inch fell in big, fluffy flakes.  Day after that came rain and some melting, then more snow.

There was no let-up.  I wanted to continue hiking, but the next day we got an unexpected four inches and the forecast was calling for an Arctic blast, wind chills as low as -15F, daytime temperatures barely above 10F.

Well, Christmas was coming.  It seemed like a good time to get off the trail.  So after just a few days enjoying the eastern Ohio lake country in the snow, I'm taking a break.  It might be a couple weeks before I get back here, or I might wait until spring.  We'll see.

So here are the particulars, with photos.

Coming out of Carrollton, after a day and a half of road walking, the first off-road Buckeye trail segment was beside Leesville Lake. 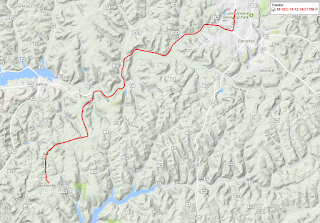 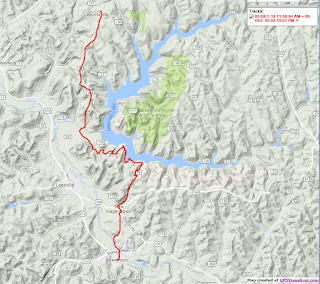 The headline photo up top shows a typical trail setting, with good winter views of the lake.  It began for me at the Southfork Marina and a 100 yard side trail. 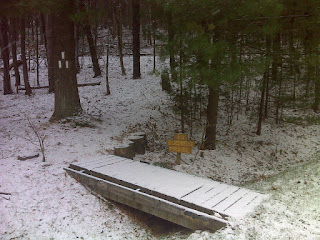 In the middle of this section came the 'money' views, where the trail came right down beside the lake. 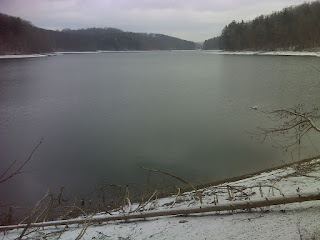 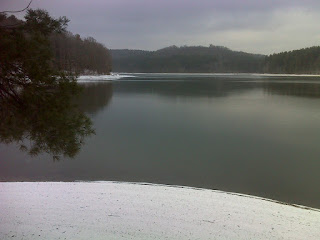 Next up was Tappan Lake, the following day. 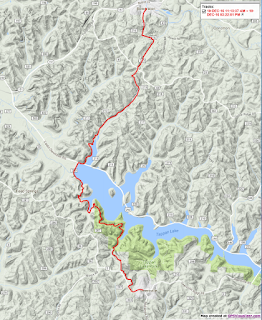 Here the trail spent some time high up above the lake ... 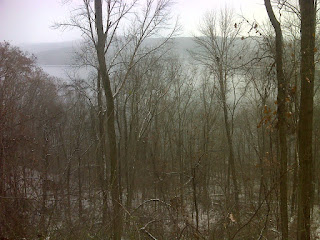 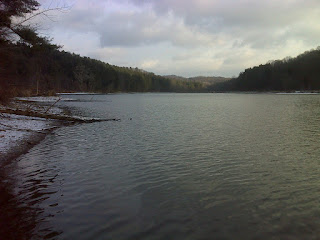 ... until it crossed the dam.  By then silver-dollar-sized flakes were coming down, and visibility was dropping. 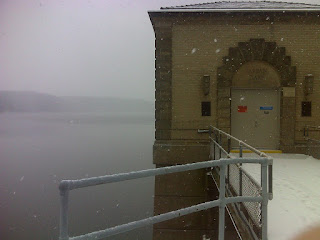 Road walks connect these woods-trail gems beside the lakes.  Most were quiet country strolls, but I prefer the solitude of the woods, free of the 'threat' of having my muse interrupted by a passing motorist. 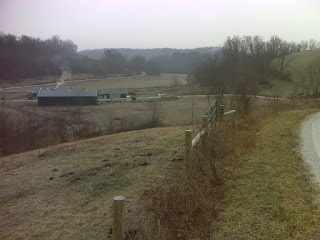 The next woods segment was a rugged ten mile swing around an upper arm of Clendening Lake. 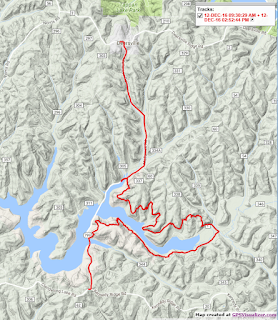 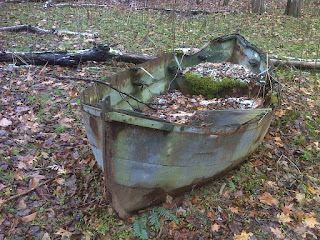 Here, the only close-up view of the water came from the road walk. 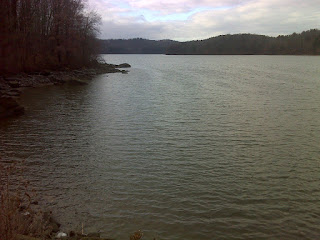 The trail itself climbed and descended the bluffs above the valley at least half a dozen times.  Good work out, and beautiful wild mature forest setting, but hardly any sight of the water.

Finally, on a day when the forecast didn't originally call for snow, I got blindsided by four inches. 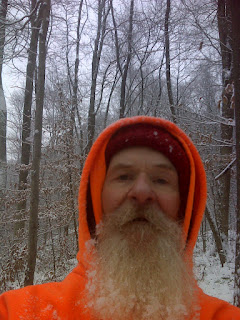 I was hiking a wonderful off-road section around Piedmont Lake. 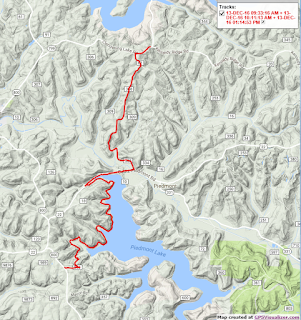 It started snowing about 9:30AM.  Just before it began, I hiked a freshly cut, freshly blazed new trail between US 22 and the lake.  This trail had been cut just a week or two ago, at most.  In the photo, looking east, it seems like the geese knew the snow was on the way.  They were headed due south. 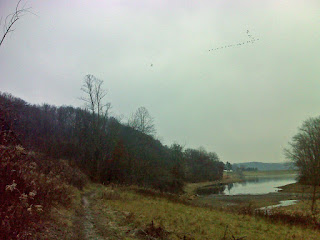 I was hiking in my crocs, as I always do.  Needless to say, Crocs don't keep your feet dry in the snow, even these good ones without vent holes. 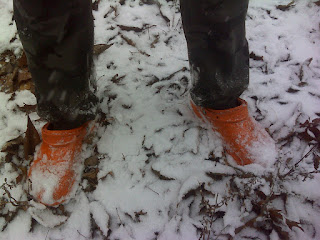 The trail came down beside the water and stayed there for a long stretch, virtually following the shoreline, with potentially grand views, but the snow was damping the visibility. 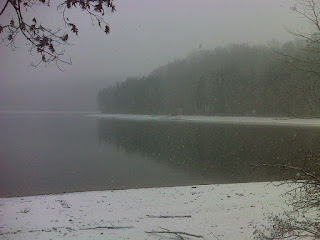 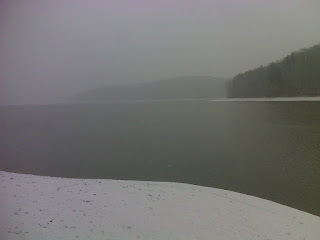 I called it quits early, with about two inches having accumulated.  Fortunately my vehicles were near the busy, well-salted US 22 and not too far from the junction of Interstates 70 and 77 at Cambridge, Ohio, so I was able to escape in the midst of the storm without a great deal of hassle.

This lake country section of the Buckeye Trail was a wonderful introduction.  I'm looking forward to getting back out here sooner rather than later.
Posted by PJ Wetzel at 5:02 AM