Hiking the wilds of Central PA

Pennsylvania's Mid-State Trail advertises itself as 'Pennsylvania's wildest trail.'  It is that indeed, though I've not yet hiked the section of North Country Trail through Alleghany National Forest, so I reserve the right to change my mind.  But the Mid-State trail is very lightly used and traverses vast tracts of lightly used state forest jurisdictions including Rothrock, Bald Eagle, Tiadaghton (pronounced Tie-DAH-ton), and Tioga.

In most places the trail is so lightly used that moss grows where you put your feet.  Trail maintainers don't have to worry much about erosion with that little usage, and that's good, because the trail here is not designed to prevent erosion.  Trail goes straight up steep slopes, puts you in stream beds in places, and there is not one water bar or runoff diversion structure in all the trail I've hiked so far.  This is the way the Appalachian Trail was in the 70's--before it got popular.  Also straight out of the seventies is the insistence on using the metric system for all distances and elevations.  The maps they publish have metric scales and metric elevation contours. 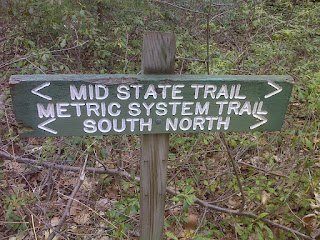 Sandra Friend of 'Florida Hikes' informs me that the late Tom Thwaites, architect of the Mid-State-Trail and physics professor at Penn State, was a strong advocate of the metric system.  The 1970's were the metric system's heyday in the US.  Congress passed the 'Metric Conversion Act of 1975' that created a US Metric Board.  The board was disbanded in 1982 as a cost saving measure by the Reagan Administration and we haven't been serious about conversion since.

Do you know what these are?  They're extremely rare these days. 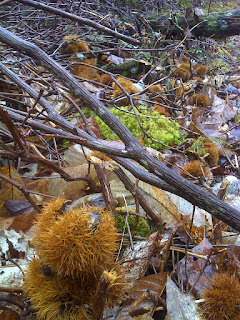 They are real American Chestnut seed husks.  Not the hybrid kind - the natural wild kind.  Out there in the wild woods the American Chestnut is alive and well and working toward recovery.  The tree that produced these seeds was 40 to 50 feet tall and nearly a foot in diameter.  Although infected by the blight, it appeared to be successfully fighting it. 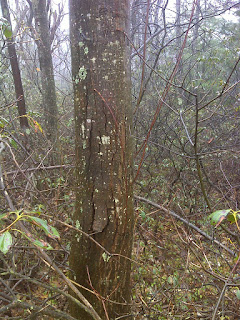 The American Chestnut knows what to do.  It doesn't need humans to fix what they screwed up.  It just needs humans to leave it alone.  The most blight resistant trees produce the most seeds, passing on their blight resistance.  We humans think in abbreviated time scales - we're ridiculously short sighted.  In a few thousand years North America's forests will again be dominated by wild American Chestnut Trees unless we humans find another way to kill them off.

The MST is a pure wild hike in the woods.  Thus my feature story about an iconic tree.  Otherwise my photos tend to highlight human stuff, like where the MST follows a new rail trail and takes the hiker through the newly rebuilt Poe Paddy tunnel (re-opened in 2015). 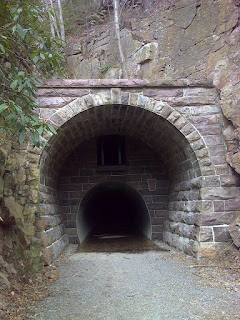 When it passes a minor viewpoint, the main attractions were three comfortable sturdy stone chairs and a stone-built stove complete with cook top and chimney. 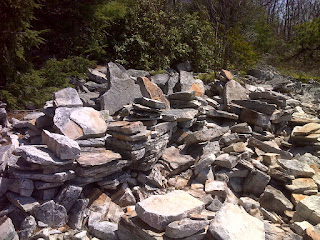 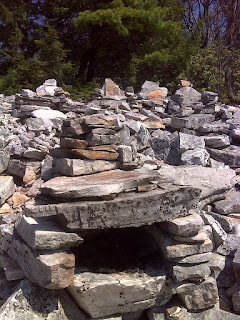 But out in the wild seeing the signs of man seems just plain ... 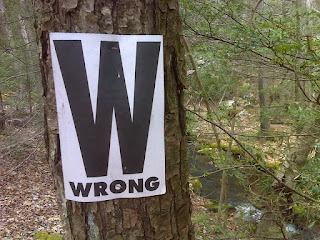 I have no idea of the purpose of this very official looking sign.  For me it provided a laugh, and the nearby laughing brook was joining in. 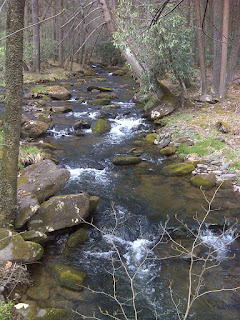 The sound of water and birds, the feel of moss underfoot, the smell of spring flowers and humus, the inscrutable gray sky and gray rocks.  That's what made these four days of hiking special.

--------------
Here are the four maps showing my route through the wilds of central Pennsylvania. 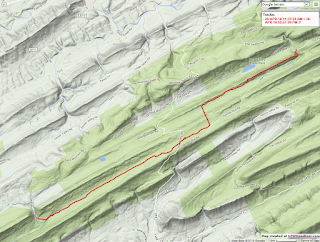 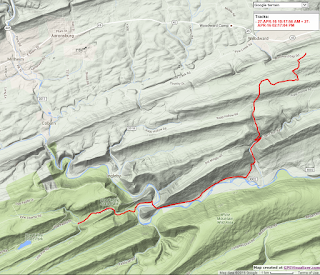 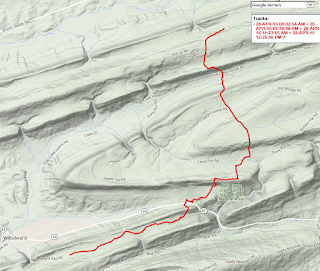 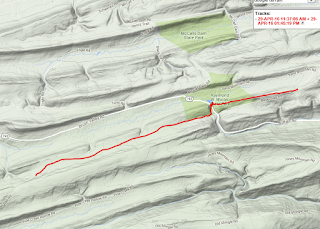