Lake Waccamaw, NC - a hike from the MST to South Carolina 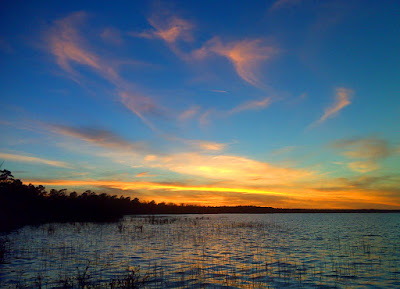 Taking a winter break in coastal North Carolina does not mean taking a break from hiking.  I've hiked most of the trails in the area that I can find, but there was one, about eighty miles from my home, that I wanted to do - The Lakeside Trail in Lake Waccamaw State Park. 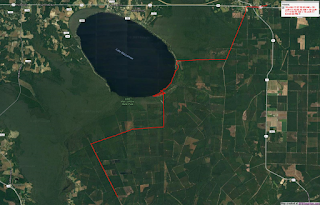 At about five miles long, three miles wide, and fourteen miles around, Lake Waccamaw is the largest of North Carolina's mysterious and seductive "bays", a geologically unique elliptical to ovate formation found in the sandy coastal plain.  There are thousands of them.  Here is the blog post on the subject from my hike along the Mountains-to-Sea Trail, which passes four other large Bay lakes.

Consistent with my hiking style, I needed to connect this hike with all my previous footprints; so I started on North Carolina's state-wide trail, the Mountains-to-Sea Trail, near its southern-most point in rural Bladen County. 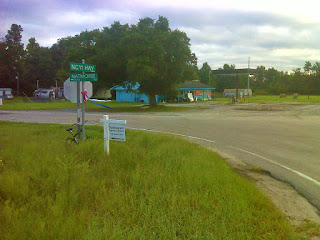 I crossed the Cape Fear River into Columbus County on a highway bridge that was closed, having just been replaced but not yet torn down, 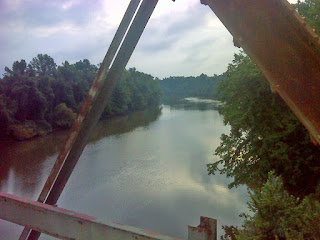 and then on down via wonderfully quiet country to the little town of Bolton. 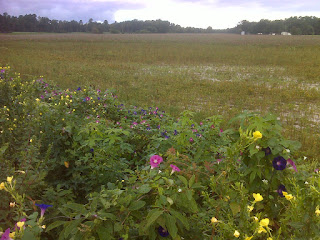 I did that hike in September, 2015, which explains the flowers and greenery.  Here's that GPS track. 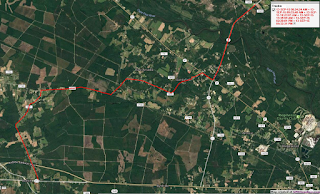 From Bolton I plunged into the network of timber harvest tram roads, including one called Paper County Road which has been closed to traffic for decades - a very pretty walk. 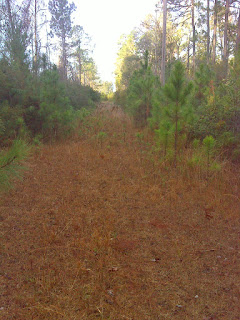 Then I hit the trail along the lake, with more great views like this. 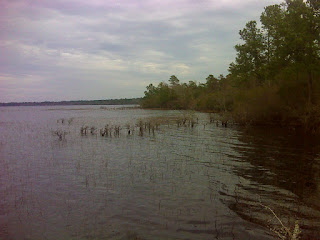 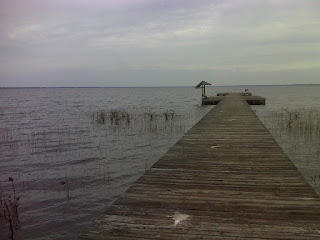 South of the lake I had twelve miles of seldom-used forestry road to hike through Green Swamp. 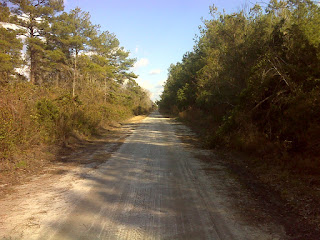 The land is owned by huge timber companies but the roads I hiked, though remote, are open to the public.  The swamp is bounded by and drained by the Waccamaw River and Juniper Creek, and once I emerged into civilization again, the road took me right by the Waccamaw River. 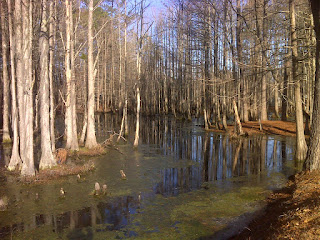 Here's the GPS Track of that segment. 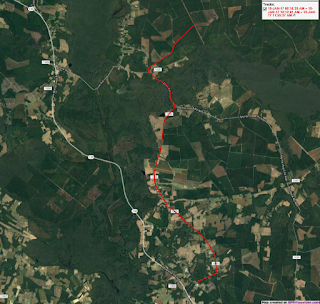 Finally, via a road walk I did last March, I added another purpose to this hike, by connecting my footprints to the state of South Carolina. 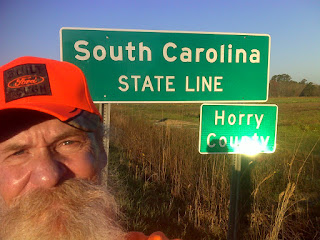 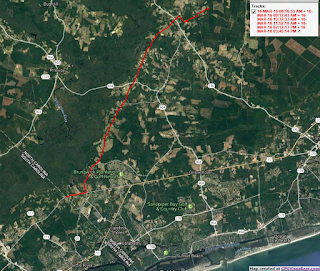 In all it was a sixty mile excursion from the Mountains-to-Sea Trail's Coastal Crescent Route to the South Carolina State line.  Some day I could extend this route, hiking down into Myrtle Beach, SC and then along the beach down to the start of South Carolina's state-traversing Palmetto Trail.  So many trails to hike, so little time :-)
Posted by PJ Wetzel at 1:15 PM