I've been tortoise-slow reporting my recent hiking exploits because they've ended.  I left the trail a couple weeks ago to be with and my Mom and Dad, both 93 years old, and to help as my Dad went into the hospital.  He's out of the hospital now, and enjoying his own home with Hospice support.  I'll be here for them as long as needed, and that may be a long time.

Perhaps I'll write more about this new journey next.  It's difficult finding time to write just now.  I wanted to wrap up this final hike report first before tackling other writing projects.

The last week of hiking found me meandering across western Pennsylvania on old abandoned railroad beds.  It started west of Shippenville where the tracks passed though what is now State Game Land.  Here the railroad bed is unimproved and so lightly used that the grass and weeds are waist high. 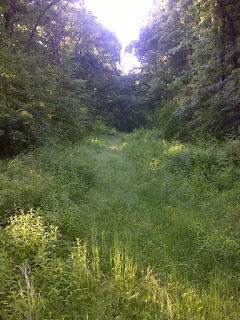 Farther west the trail runs through private land and a State Game Land with embedded oil leases.  Here the hiker shares the gravel road bed with ATVs and oil tank trucks and there is an 0.6 mile gap that requires a 1.6 mile road walk.

West of the little town of Van the paved Sandy Creek Rail Trail begins.  This popular spur trail crosses meandering Sandy Creek more than half a dozen times on high trestles.  Here's the view from one. 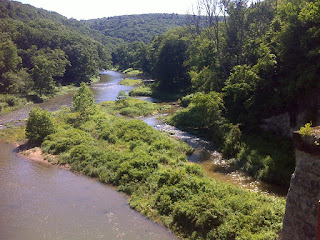 There is also one short tunnel at Mays Mill before the trail and Sandy Creek emerge together at the Allegheny River at the century-old Belmar Bridge.  It's an impressive structure, now exclusively the domain of bicycles and joggers and runners and the like.


At Belmar Bridge the North Country Trail turns south, joining the Allegheny River Rail Trail, part of an ambitious, mostly unfinished greenway between Erie and Pittsburg. But the part that the North Country Trail follows is finished except for one three mile section between Foxburg and Emlenton.  It is nicely paved and features two very long dark tunnels built in 1913.  The Kennerdell Tunnel is 3350 feet long, and the Rockland tunnel is also well over half a mile in length at 2868 feet.  Headlamp or flashlight required.  Here's a look at the south entrance of the latter and the north entrance of the former. 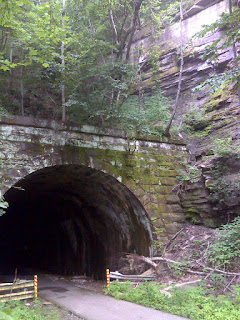 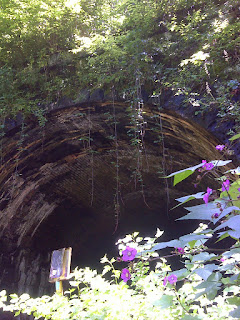 The trail passes the old oil town of Emlenton on former refinery property and then goes under the I-80 Emlenton Bridge, which was the highest bridge in the entire US Interstate Highway System when it was completed in 1968. 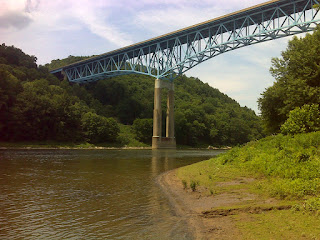 At the town of Parker the North Country Trail says farewell to the Allegheny River. 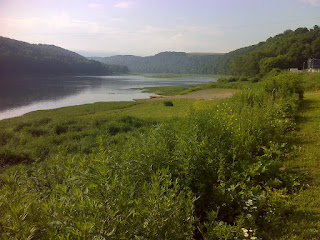 After a road walk through town I entered a section lovingly maintained by the Butler Chapter of the North Country Trail Association.  I got to meet the chapter president, Ron Rice, 81 years young, as he was out blazing a trail reroute.  And I got to plunge back into the woods on foot-traffic-only trail.  There are two engineering marvels here, arched-truss foot bridges made of wood and assembled on site.  Here's the more photogenic of the two, called the Dead Crow Bridge. 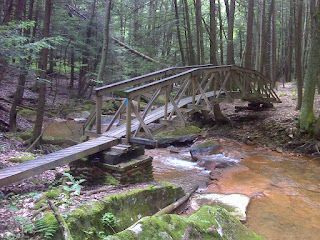 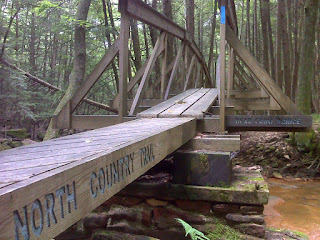 The trail here is very lightly used but it deserves more visitors.  There are some wonderful mixed woodlands and wetlands, including this peaceful pond. 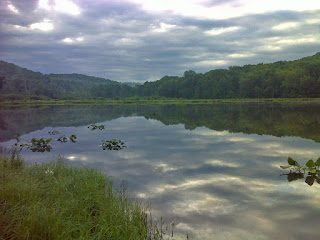 On my last day of hiking I went through Moraine State Park, which is centered on Lake Arthur.  It's a relatively new lake.  The dam was built in the 1970's.  The trail passes under US 422 and nearby is a pretty vantage point where old US 422 plunges into the water. 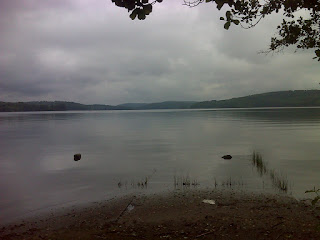 The trail through this park is all in deep and majestic woods and the wood thrushes were filling the air with their song.  I met another reptilian friend here too, a young black snake still clinging to his juvenile markings. 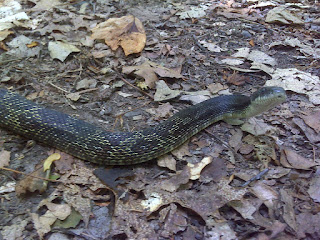 Next I was looking forward to hiking the Slippery Rock Gorge and Hells Hollow through McConnells Mill State Park.  But that's when I checked my phone and got the news.  I'm looking forward to coming back here and resuming my trek westward into Ohio and beyond, but it will have to wait.

Here's the series of daily GPS tracks for those final hikes, the last days of June. 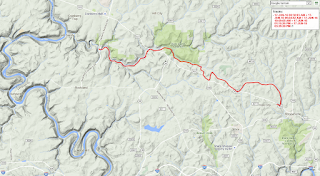 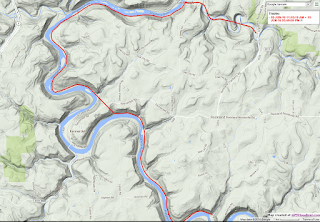 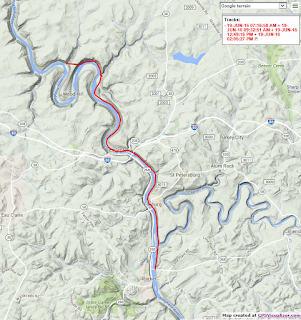 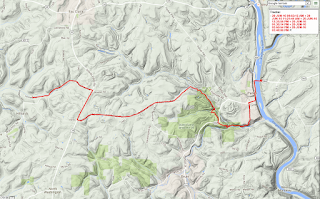 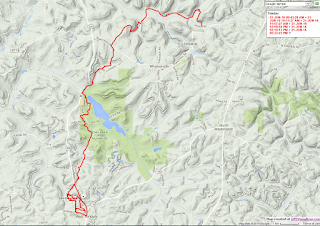 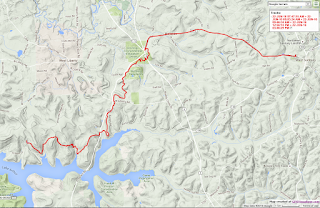 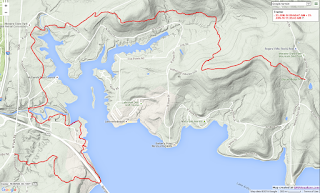