This is a common flower, but it's rarely in view of us earth-bound humans because it's almost always high up in the canopy.  This is the 'tulip' flower of the Tulip Poplar tree.  I didn't think I'd get a photo of this, but this bloom fell to the ground intact.

Before I present more of the additions to my mountain wildflower photo collection, I have to insert a photo of the fauna-kind.  Black Snakes are notoriously skilled tree climbers.  Here's one coming down a Rhododendron trunk after tending to business known only to it. 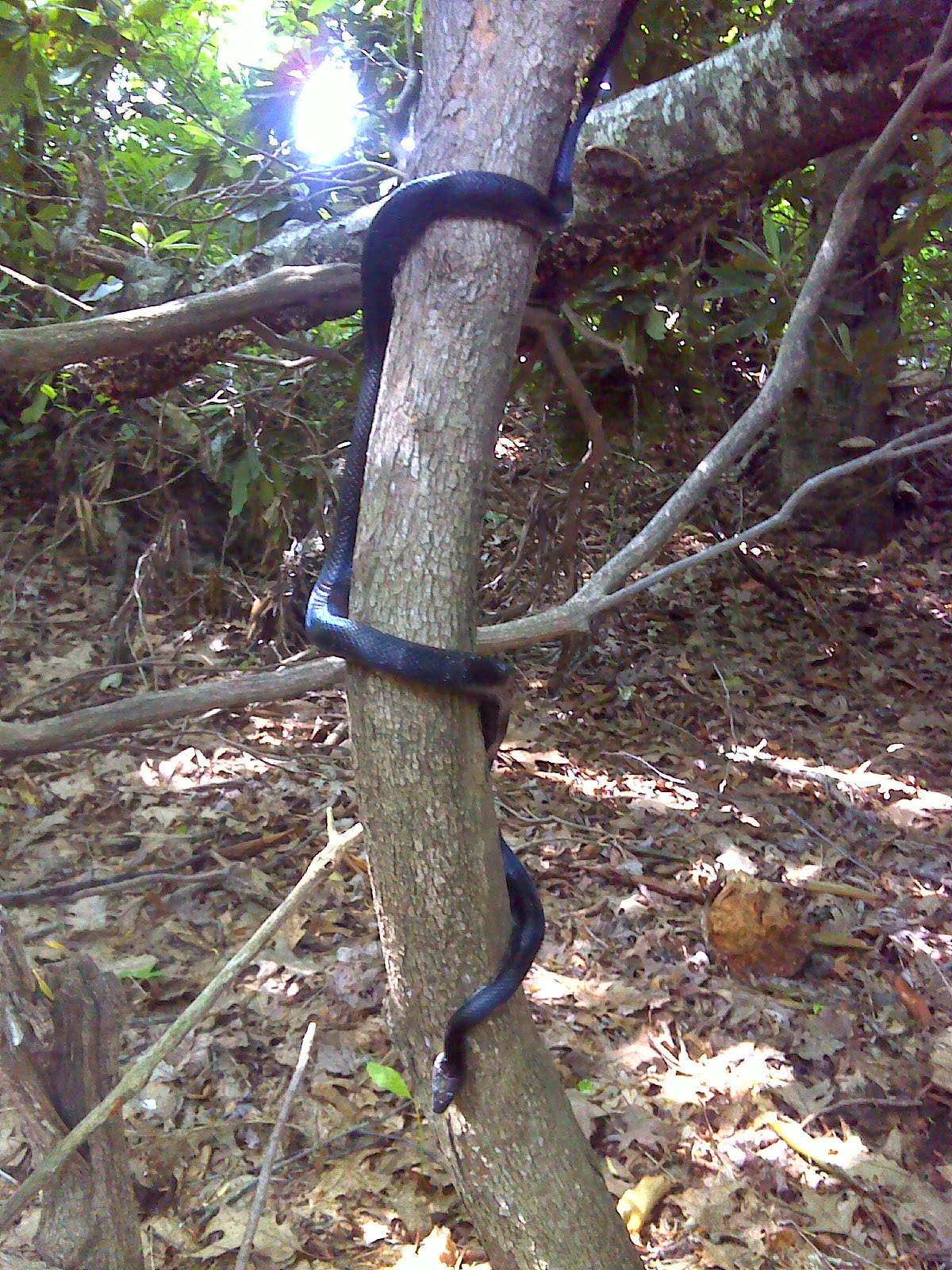 Now for the new faces of the flora-kind: 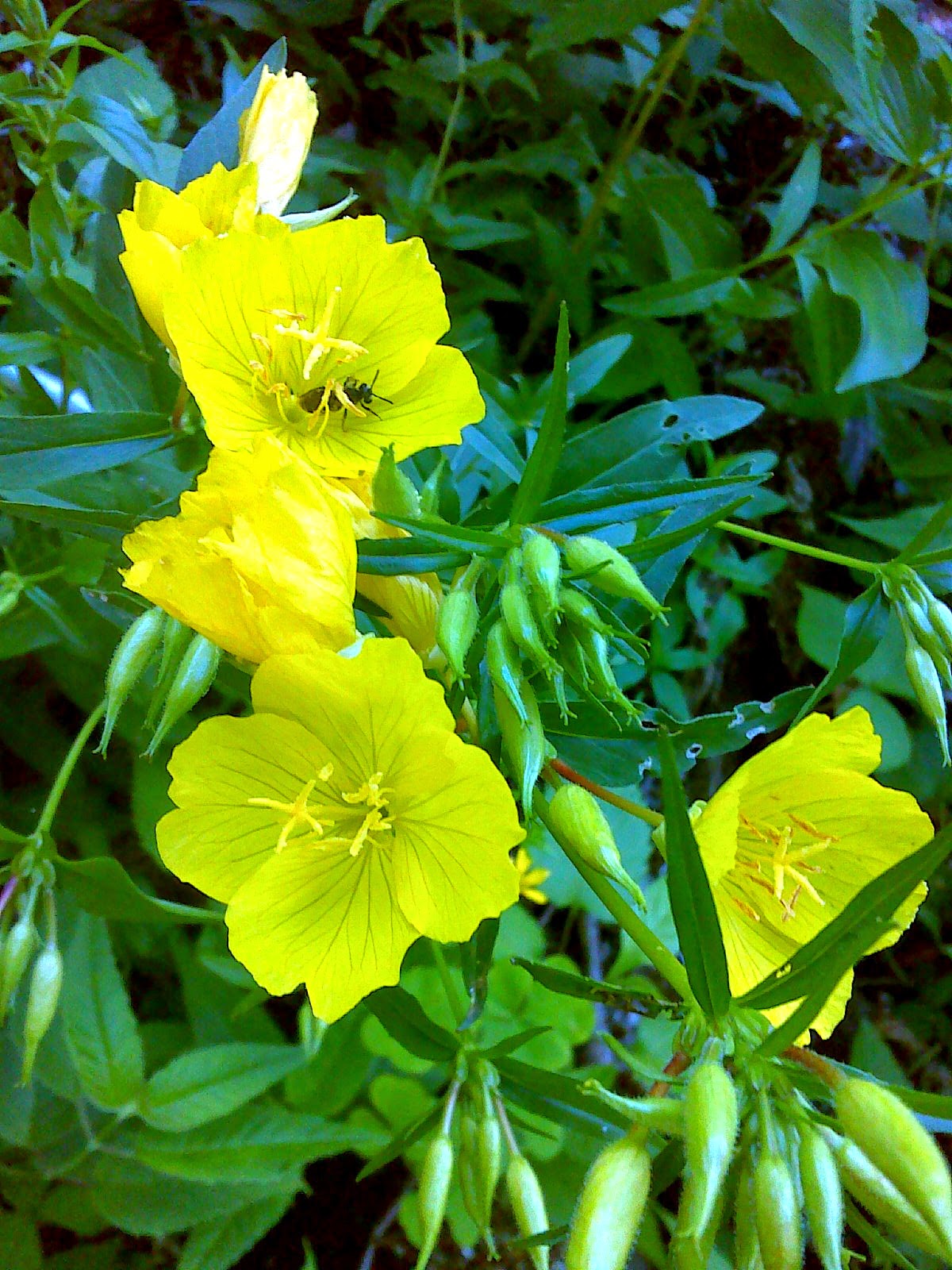 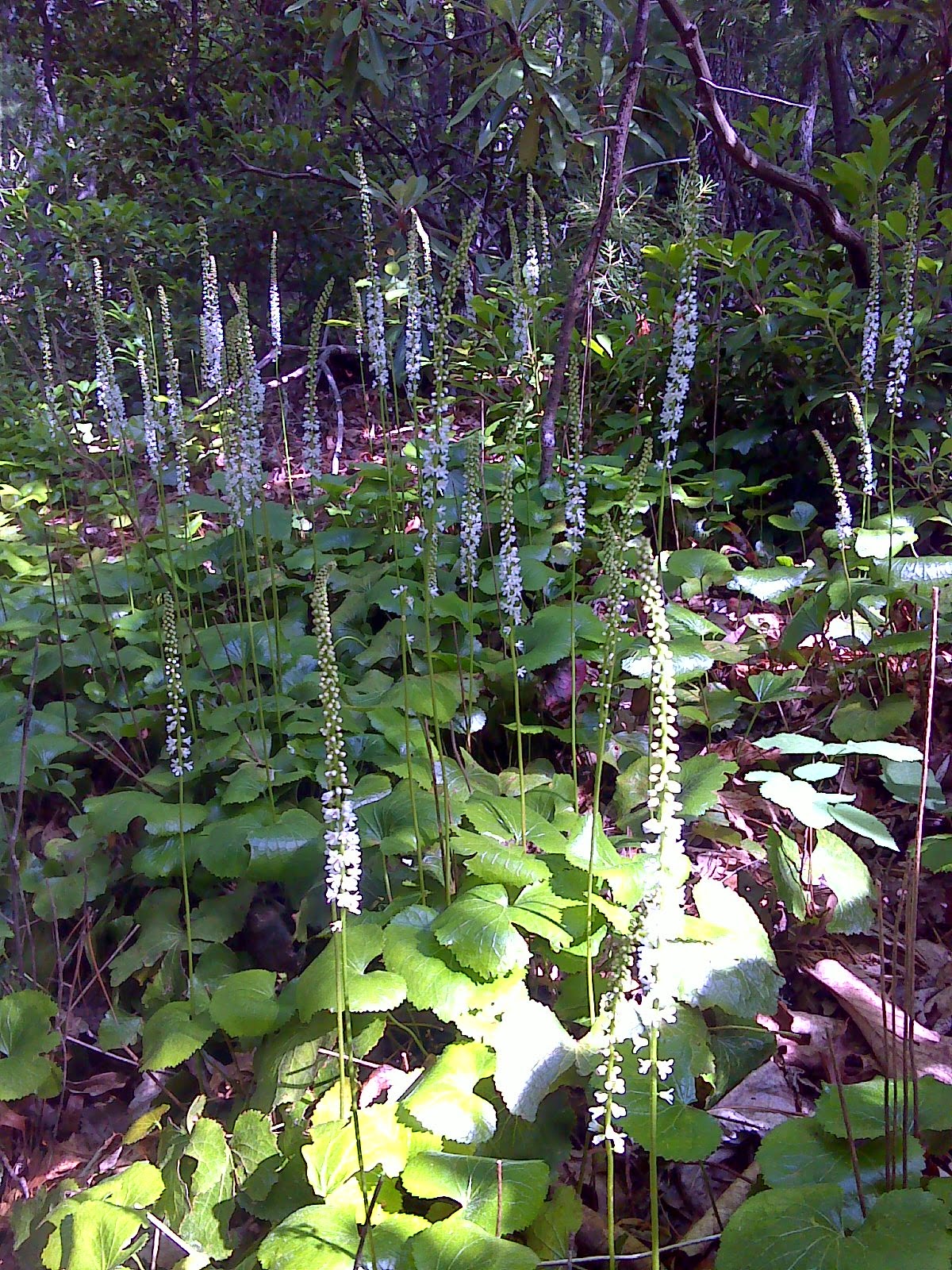 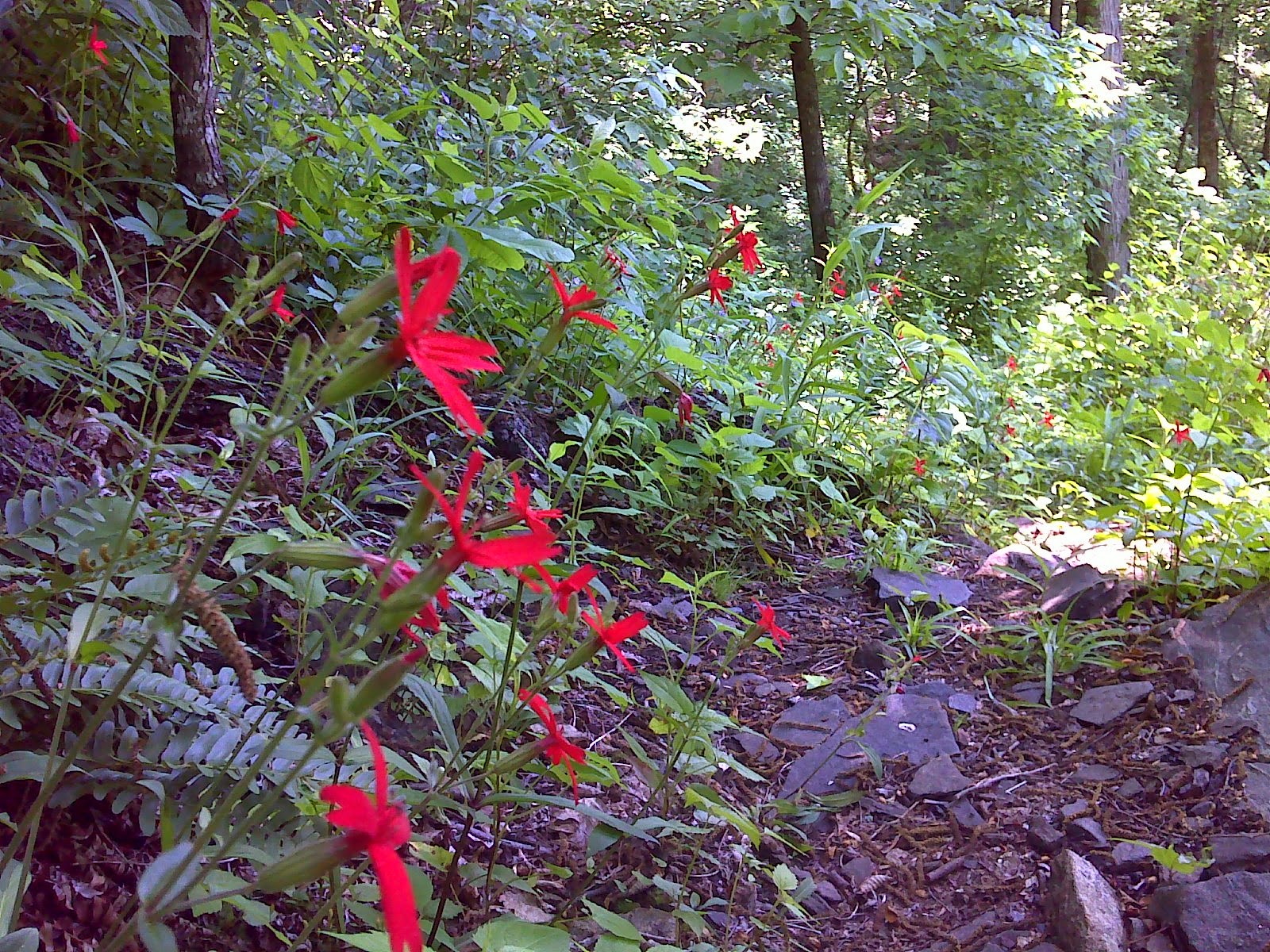 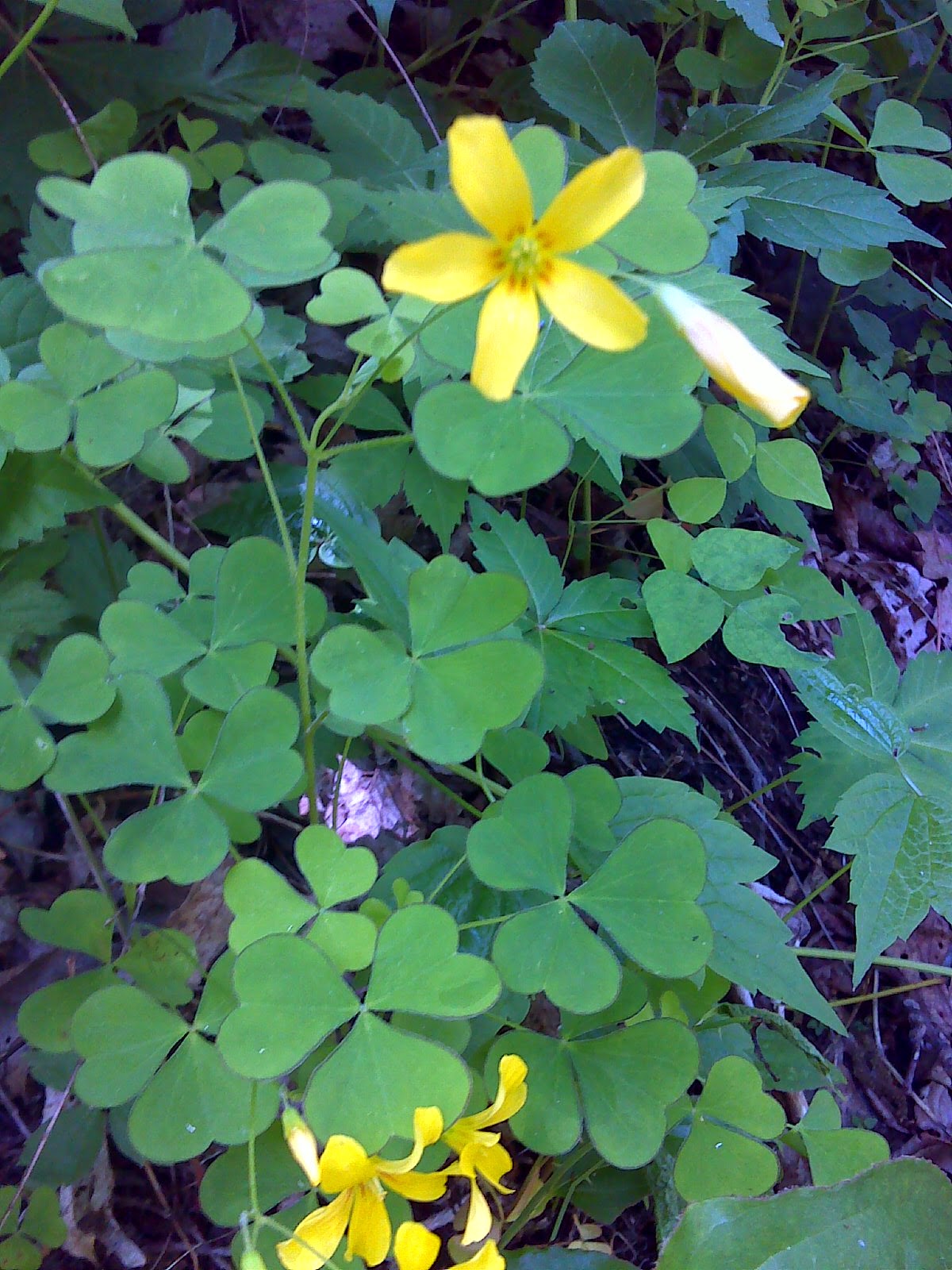 Among the other scenic highlights of the four days of hiking covered in this report is Jumpinoff Rock, named for a promising young 19th Century Russian ballet dancer, Alexei Jumpinov, who, while on tour in the US came to visit the NC Blue Ridge.  Hosted by E.B. Jeffress (for whom the nearby Jeffress Park is named),  the moody Russian dancer became smitten by Jeffress's daughter Justine.  When Justine rejected the high-strung Jumpinov, he proceeded to a nearby rock outcrop, declaring that his life was no longer worth living, flung himself off the brink, and fell to his death.

If you buy that then I want to talk to you about my pre-packaged dehydrated water.  For sale cheap.

When the Blue Ridge Parkway was built they turned Jumpinoff Rock into a destination viewpoint, down a half mile of trail from a parking area.  Here's the viewpoint, the view, and a look at Hat number Twelve posing on the retaining wall - supposedly last in the 'Hat of the Day' series. 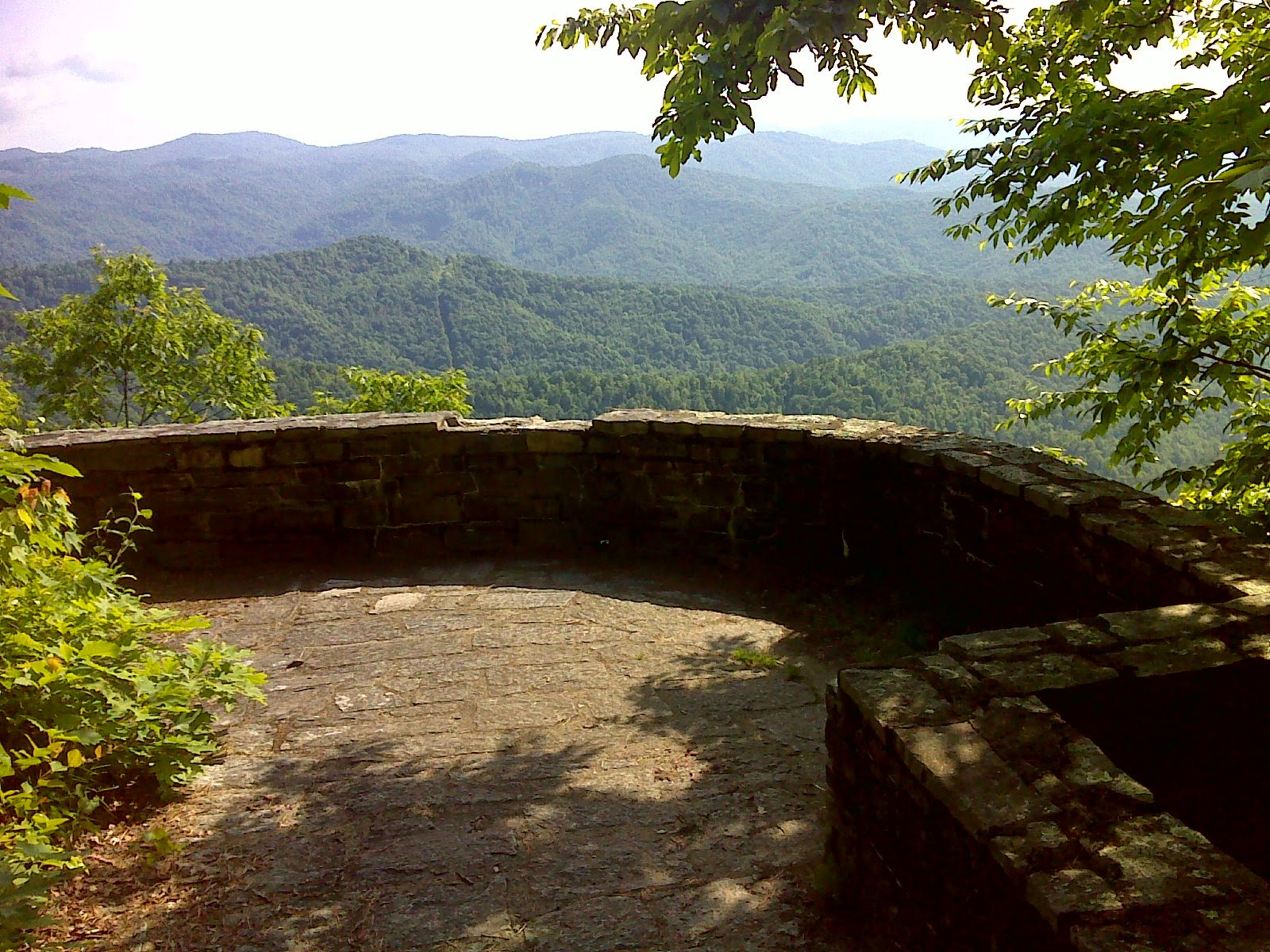 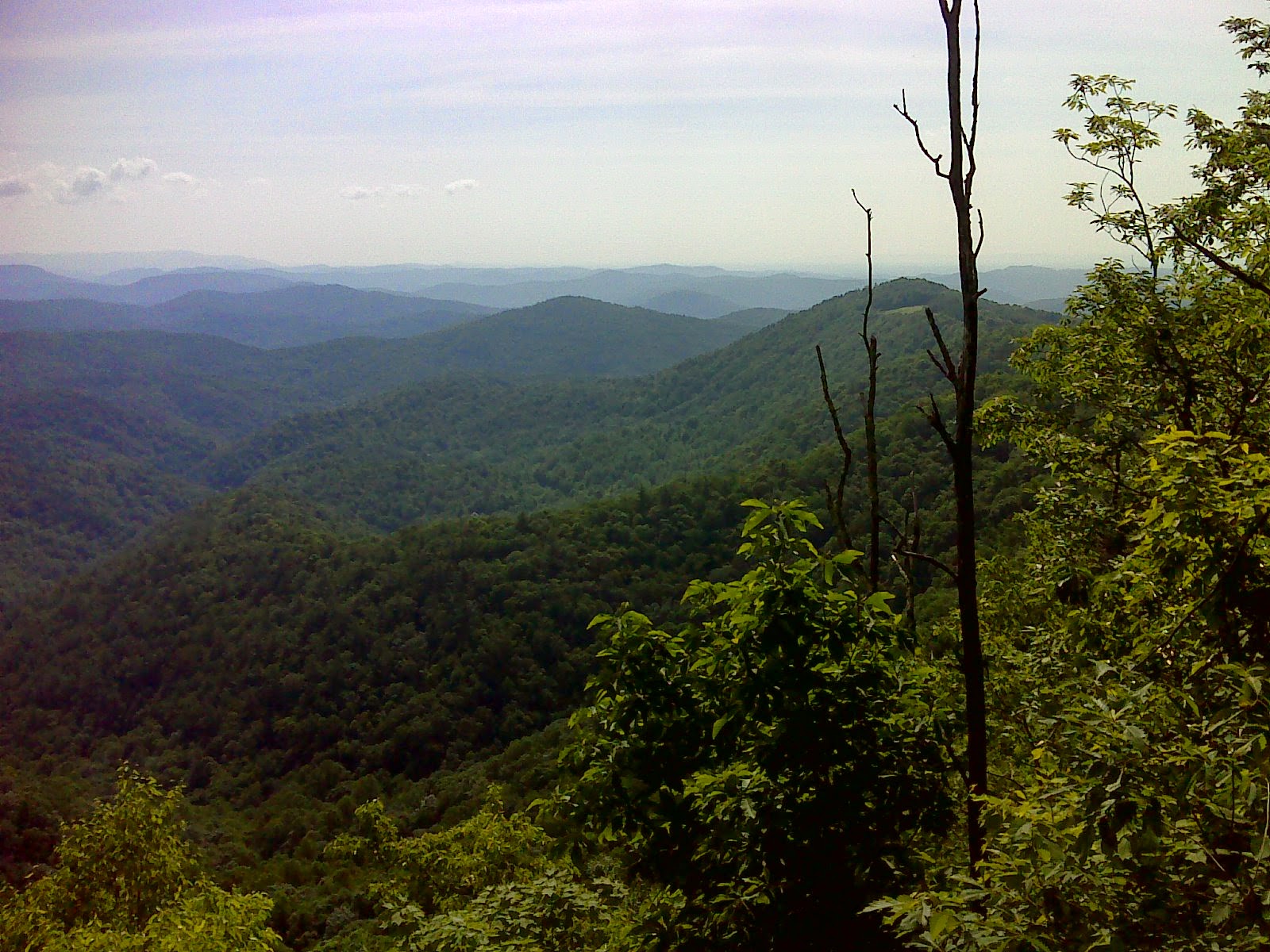 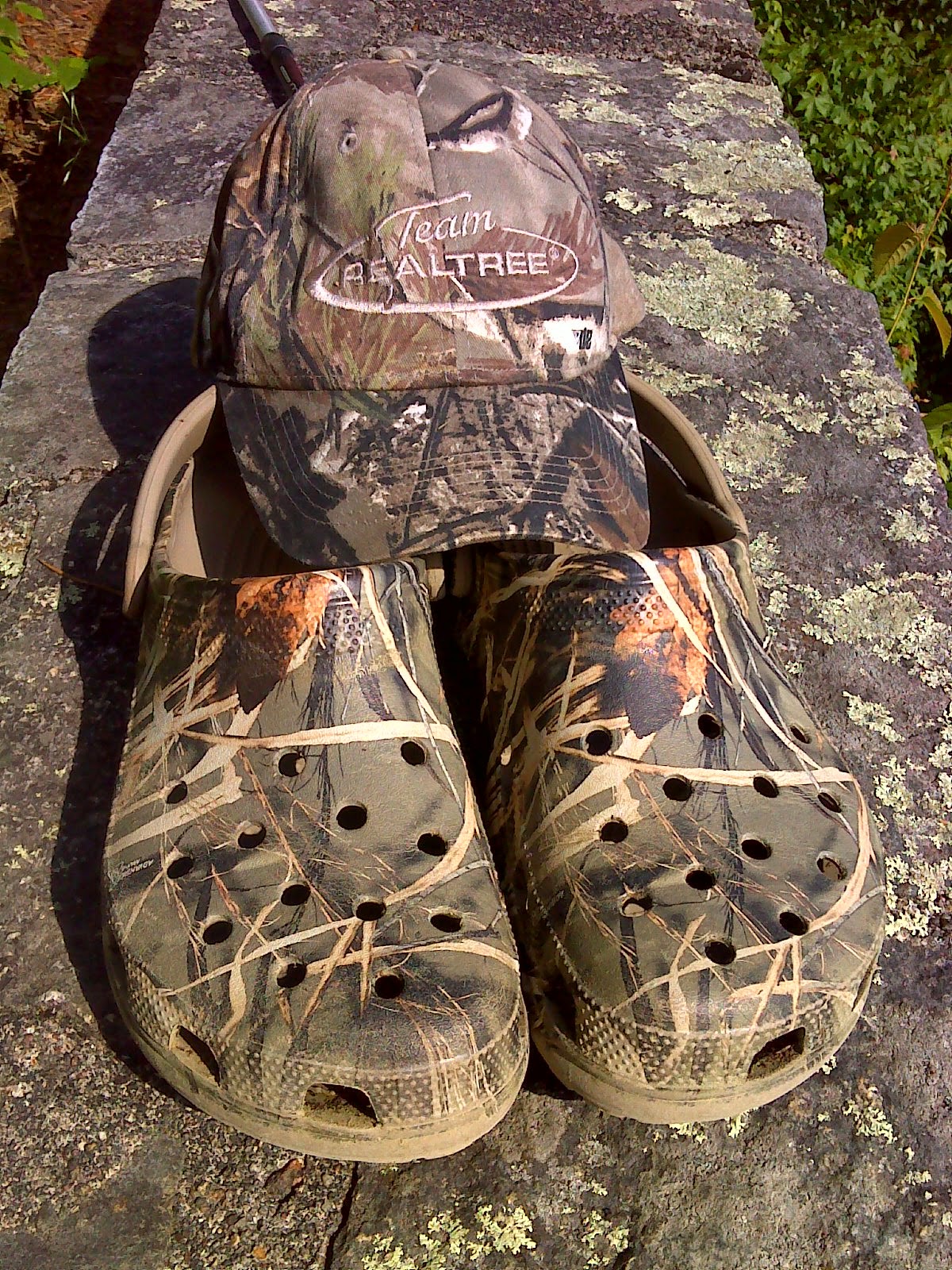 Hat number Twelve is a roadside find from Maryland, found while I was hiking a leg of my Personal Continuous Footpath into Calvert County in the summer of 2013.  I've accompanied it with my Realtree branded camo Crocs, Ribbit and Rabbit (named for the squeaky sounds they make as I hike when they're wet).

But there's a Hat number Thirteen.  And I wore it for just a couple miles, hoping for a photo-op with it on an abortive day when an approaching heavy storm chased me off the trail.  And that's when I got the unlucky break.  Voila! 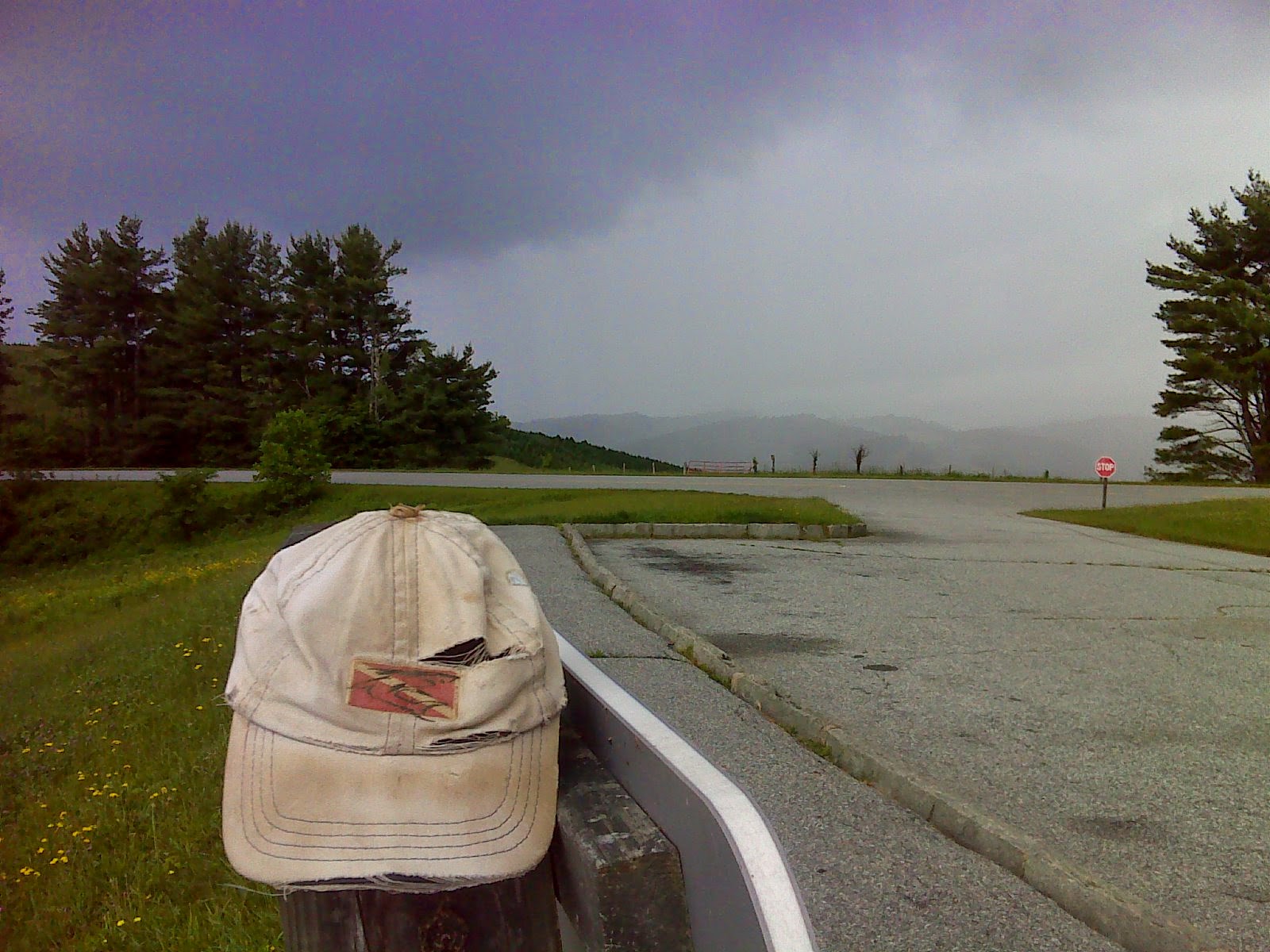 Hat number Thirteen isn't really a bad luck hat.  It used to be the only hat I wore.  It used to be dark blue.  I wore it out, as you can see.  It was purchased nearly 20 years ago at Crazy Shirts in a small shopping center beside Kalapaki Beach on Nawiliwili Bay, Lihue, Kauai.  I had retired this hat back in 2011, but never had the heart to throw it away.  So it came out of retirement to pose as Hat number Thirteen and play the role of hike spoiler.  Everything happens for a reason :-)

The map of the hiking route is below, and a more comprehensive slide show can be viewed by clicking the link: