Review of 'Outlander' by Diana Gabaldon 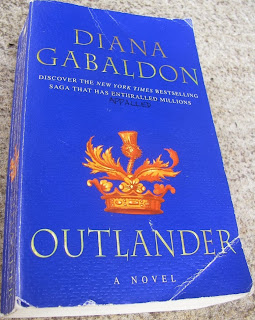 I’m so ambivalent about this book that I had a hard time finding a balance between positives and negatives in order to come up with an overall rating.

At well over 300,000 words and written in the first person, and as an author's debut work, 'Outlander' (called ‘Cross Stitch’ in the UK) is a remarkable achievement. It combines elements of science fiction with adventure, historical fiction, and romance. In the end, it comes down as a romance, and that’s its fundamental weakness – Gabaldon’s taste in men, and her obsession with mingling truly sadistic violence with physical desire *and with affection* is seriously disturbing, at least to me--so disturbing that I have a hard time avoiding getting 'preachy.' I'll merely point out that if humanity is ever to escape its primitive roots, we have to stop glamorizing bloody, non-consensual violence as part of sex.  It is just a mere tiny step from that to rape, and who wants to be accused of promulgating that?

Yes, there is something fundamentally ugly about the personality of this book that gave me pause.  And yet, in another sense, I found something intangibly appealing about Gabaldon's craft. The basic plot is entirely mundane, and not well executed, and yet as an impressionist-style work of art, the landscape of depicted emotions offers a rich spectrum of human experience.

So here is how I resolve my conflicting reactions: I’ve decided to judge 'Outlander' the way I’d judge a symphony—how did it make me feel—and in the end, I have to say: ‘reasonably satisfied’.

Having said that, I have to return to one of my negatives: the occasionally inept level of storytelling. The best example is a pivotal escape scene that is so poorly choreographed and executed that I gave up caring about the story. Imagine our male hero shackled in a dungeon chamber deep within a large prison. The heroine somehow finds him (through dumb luck—always a good start), enters through unlocked door (?) and tries desperately to break the shackles. Suddenly the dastardly villain appears with massive troll assistant (brought in by the villain for the sole purpose of throwing two buckets of water on the prisoner, and later too stupid to even realize when his master is being attacked). Then the pièce de résistance: confronted with the heroine, the villain’s first move is to blithely unshackle the male hero, not having any reasonable motivation to do so even if the situation were fully under control. In the end, Gabaldon couldn’t even find a way to actually show the final escape. (Wait, what was one of the first things I learned about writing good fiction? Oh yeah: ‘Show, don’t tell.’) She resorted to a vapid second hand telling after the fact. This is writing at a shockingly amateurish level.

Yes, I gave up caring for the story. Just as well. It’s primarily about a woman’s personal obsession (would that be Gabaldon, or merely her character?) with a Paul-Bunyan style brute. The estrogen drips from nearly every page, and I found her portrayal of both of the two main characters turning me off: to Jamie because of his endless blathering about his emotional and psychological underpinning, and to Claire because of nearly a complete lack of internal narrative despite the story being 100% from her first person perspective.

And so as the sun sets on ‘Outlander’, we find our two characters sharing an intense explosive climax in a grotto hot spring, and me, as the onlooker, yawning. Good—easy to forget this one. Now on to the next book. And yet … Gabaldon’s artistry wouldn’t just fade from mind.  To my surprise, I want to read more.