Review of 'State of Fear' by Michael Crichton 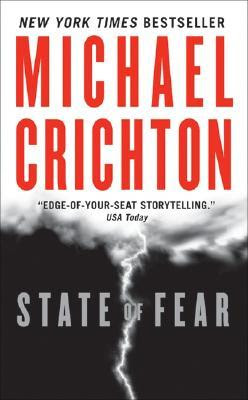 First of all a little background: I am a retired climate scientist. I was given the hardcover version of 'State of Fear' as a Christmas gift and devoured it quickly, and became nauseated almost as quickly. I gave the book away as soon as I finished it.

State of Fear has moments of delightful entertainment. The suspense scene in the Antarctic crevasse was the highlight for me.

But this book is really about Crichton crow-barring his way into something he has no useful expertise in, and *seriously* doing a disservice to science. It's been said many times before, but his unabashed cherry-picking of the facts in order to support his pre-conceived bias is shameful, and would be laughed off the stage in the arena of climate science.

I am of the opinion that Crichton's book, set as a backdrop for the more recent "climate-gate" controversy (emails between scientists that appear to conspire to distort results) probably had a significant cultural influence, even among people who never read the book.

Crichton used the bully pulpit given to him by adoring fans, and his reputation for imaginative use of real science, to make the case that radical environmentalists were fear-mongering (creating an artificial 'State of Fear'). But in the process, he has engendered disrespect for science and the scientific process that, had he lived long enough and grown wise enough, I'm sure he would have come to regret.
Posted by PJ Wetzel at 3:48 PM